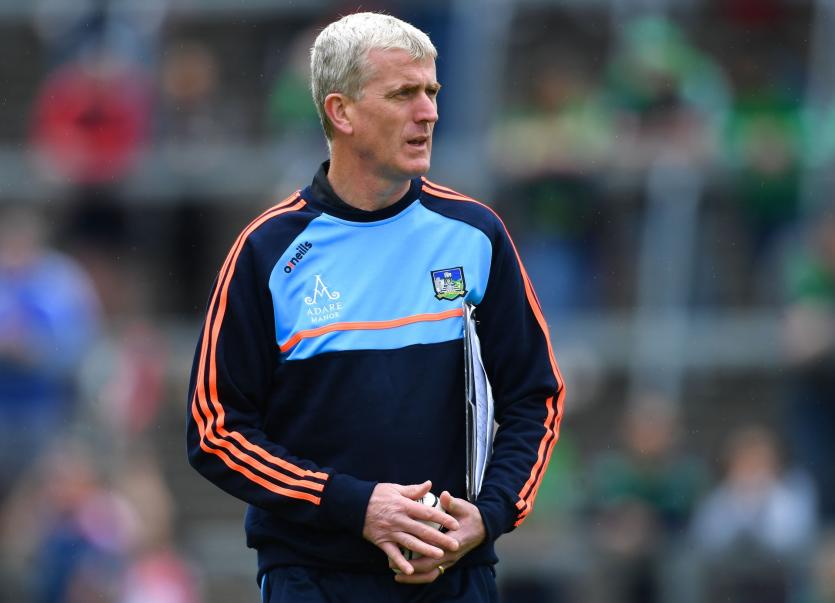 LIMERICK hurling manager John Kiely has challenged his players to prove their inter-county credentials in the upcoming club championships.

Limerick and Clare meet in the Munster SHC on October 24/25 but John Kiely must wait until mid-September to begin inter-county training with his panel.

Before all that, the Limerick club championships commence on July 23-26 and Kiely has tasked his players to shine.

“I cant wait to see the players playing and I think it really puts the onus back on the players in terms of their performances at club level – it’s really important that they lead the way with their clubs. They are the inter-county players and they should lead by example in their performances at club level and that’s expected of them,” stressed John Kiely.

The Limerick SHC final is set for September 20 giving Limerick and unhindered five week period ahead of the Munster SHC.

“Totally and utterly different to any other year so these players should really be coming back into us in fantastic shape with lots of hurling and game time under their belt. It should just be a case of fine tuning and getting them ready for the road with us.”

Kiely explained: “It will be like no other return – never will the players have had so much training or match time got with their clubs as they will have this year coming back into us. Even with the month of April (previous years), they were getting two rounds of the club championship but would only have gone back a week before the first round so would only really be there for two to three weeks with their clubs – here they are going to spend anything up to 10 weeks with their clubs”. outlined Kiely.

“I think it’s great that the players are with the clubs at the moment. They are going to have a long period with them and a proper preparation for their championship with their clubs. The championship has a good structure in Limerick with the group games and I am really looking forward to getting back going to matches and watching matches.”

The Limerick manager was speaking as a guest on the Limerick GAA Coaching and Games Webinar Series.

“It’s great to be back talking about coaching and managing and playing and organising games and planning ahead for the future. Great to have the last number of months behind us and we can push on and get on with what we are meant to be doing on a regular basis, and instead of lamenting what might have been we are looking at what we can actually make happen,” said Kiely.

Limerick's last competitive outing was on March 8 with the GAA season put on hold four days later due to Covid-19 restrictions.

"We had only played Waterford in the league and played quite well and we were moving along with our work through the Spring as you would normally – training hard and playing as well as we could in the league matches and trying to progress as much in that competition and next thing it struck," recalled Kiely.

"We did operate for a period of time with distance work – boys would have set up a gym at home themselves and we would have done a few high intensity training sessions that they would have done with Mikey Kiely (S&C Coach). That went on for a period of time and they did a certain amount of running, hurling themselves and gym work themselves – that went on until the start of May and at that stage it became clear to us that there wasn’t going to be any matches for a considerable period of time. All we could do at that stage, look at the bigger picture – these boys have done as much as they can and need a break because we have been on the road for quite a bit of time at this stage. We decided to take a break and now they are back with their clubs and they have maybe three weeks done with their clubs and that work with their clubs is on-going."