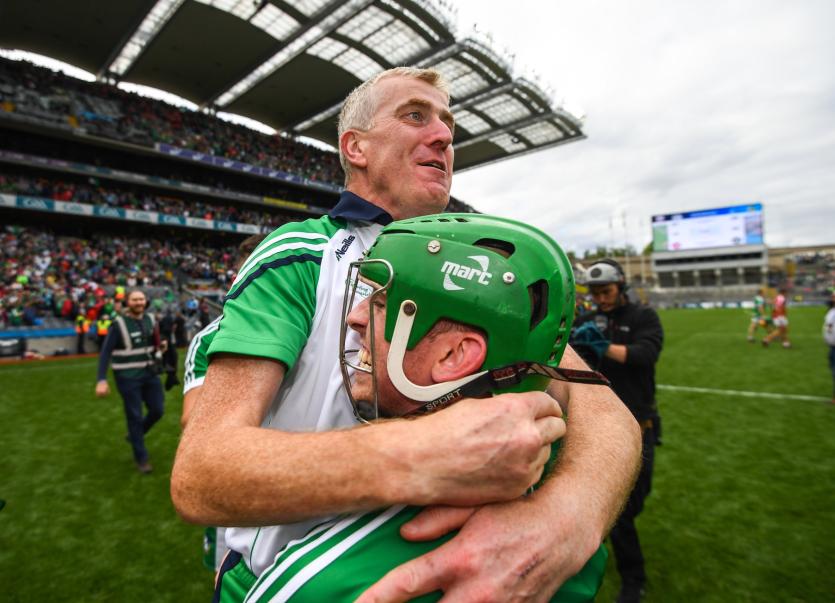 "WHEN a big moment was required Shane was a player you could depend on to produce a piece of magic," said a statement from Limerick hurling manager John Kiely and his backroom team as Shane Dowling confirms his inter-county retirement.

"We thank him for all the incredible memories he has given us over the years. His unerring accuracy, free taking, penalty taking, flicks, laser passes, leadership and so much more. When a big moment was required Shane was a player you could depend on to produce a piece of magic. These moments of leadership are what separates the good player from the great player," outlined the statement on behalf of Limerick senior hurling management and backroom team.

"Shane is a tremendous example and inspiration to all young players who aspire to play for Limerick. He was always extremely generous with his time for our younger supporters and he was always a favourite of theirs."

The Limerick hurling manager, hurling supporters across Limerick and beyond and even comedian Dara O'Briain have paid tribute to Dowling.

"Shane has always worn the jersey with pride and distinction. His fantastic array of skills, coupled with incredible peripheral vision, nerves of steel, creativity and a killer instinct making Shane a forward to be feared. Unfortunately, over the last couple of years Shane’s knee injuries have deteriorated and their impact ever increasing. Whilst we always hoped that he would be able to make a recovery for the 2020 campaign, it has now become clear that this will not be possible for Shane."

"We want to wish him the very best in his future endeavours off the pitch and hopefully we will see him in action for his club Na Piarsaigh once more in the near future. Thanks for the memories Shane."

Former Tipperary hurler and current hurling analyst Shane McGrath said: "You had a great innings lad and many more to come with the club. Enjoy the bit of freedom and a Summer Holiday actually during the Summer!!!!"

Comedian Dara O'Briain said: "I’m so sorry to hear that Shane. Was a big fan. Best of luck with the next chapter in your life; take comfort in knowing you have touched heights for club and county, that most will only dream of. See you at Na Piarsaigh some day."

Limerick GAA chairman John Cregan added his words of thanks.

“Shane has been a fantastic servant to Limerick GAA and has been a role model that a lot of our younger people in Limerick aspire to be, we wish him well in his early retirement and thank him for all the wonderful memories he has given to so many Limerick fans down through the years," said Cregan of the Na Piarsaigh man.

The Mayor of the City and County of Limerick Cllr Michael Collins issued a statement of thanks "on behalf of the people of Limerick".

"I would like to extend my thanks to Shane for the years of enjoyment he has provided to all fans of Limerick hurling. Shane has devoted his life to the sport he loves and we will always be grateful to him. He has always shown pride in the jersey and his county and his leadership skills and formidable desire and determination to win made him stand out and have the edge on the pitch, something we all saw and admired.”

Mayor Collins continued: “His skills and touch were sublime, and these were seen by all as he scored a vital goal in the All-Ireland Hurling Final in 2018, which brought Limerick to a standstill as the county captured its first All-Ireland Senior Hurling title in 45 years”.

“The outpouring of emotion that day and at the homecoming for Shane and the rest of the panel, showed the special place that he and the rest have in the hearts of Limerick supporters.”

The Mayor concluded: “You (Shane) are a true role model for the younger generations. I would like to wish Shane the very best in the future. He will always be a Limerick hurling hero.”