BREAKING: Draw for Munster Hurling Championship to be live on RTE 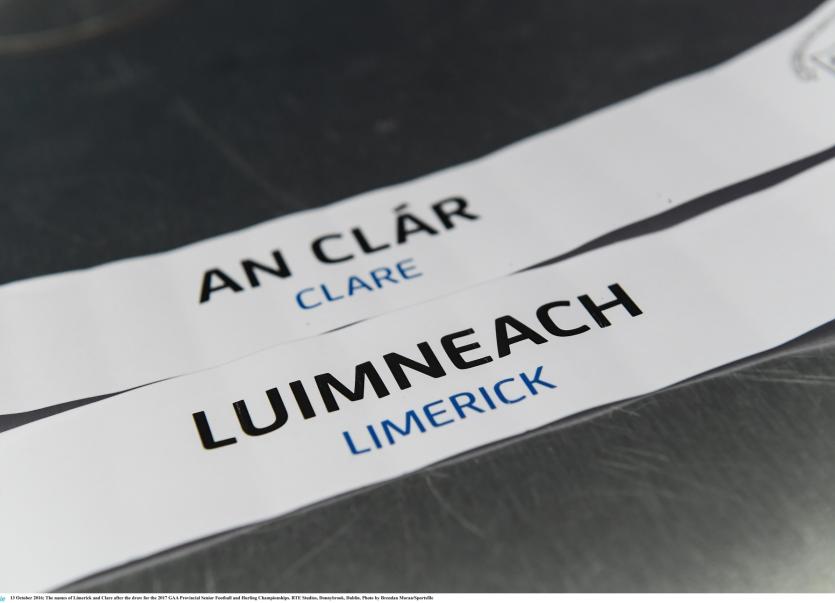 The draws for the Munster and Leinster Senior Hurling Championships will take place live on RTÉ's Six One news on Friday. The national broadcaster has confirmed the draws, which have been Round Robins in recent seasons, will feature on the programme, following a GAA announcement on the new look, post Covid-19, championships.

Limerick are the current Munster champions, however this season's format is expected to be the same as 2017, where teams met in a knockout tie, before the loser went into a 'backdoor' system.

The inter-county season is expected to begin in October, with Limerick currently the favourites with the bookies, at 11/4, to win Liam MacCarthy.

According to RTE - "Munster is expected to revert back to the format last used in 2017 with an open draw to include one quarter-final, two semi-finals and a final with a backdoor for teams beaten along the way. In Leinster, Wexford, the current champions, and Kilkenny, beaten finalists last year, will receive byes to the semi-final but can face each other at that stage. The other teams, Dubin, Galway and Laois, will go in the hat to determine which two will meet in a quarter-final."

The GAA will reveal full details of the various football and hurling championships tomorrow, which will be rubber-stamped this evening at a meeting in Croke Park. It is expected that there will be no backdoor system in the football competitions, with Bilyl Lee's senior footballers drawn to face Waterford in the championship quarter final.

The draw can be watched on RTÉ One, RTÉ Player and RTÉ News Now.