The draw for the 2020 FAI Junior Cup has been confirmed, with Limerick's sole representative, Fairview Rangers, set to travel to Killarney Celtic on Saturday July 25.

The competition, which was to be finished this season, regardless of Covid-19, has a proposed semi final date of August 22/23, with the final, at a venue TBC.

The fact that the month of July is normally a pre-season month, where players might have moved on, or into the clubs ahead of the new season, the FAI have confirmed that no new players can be added to the competitors squads. Anyone who was named on the list back in March is valid, but no new players may play. 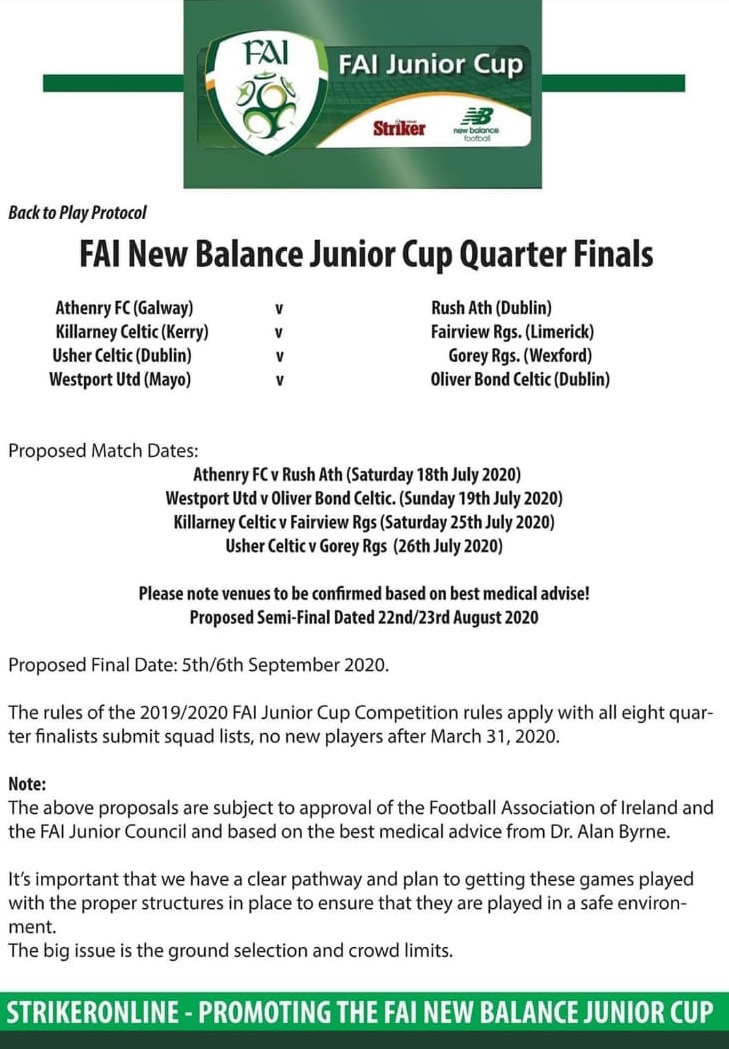