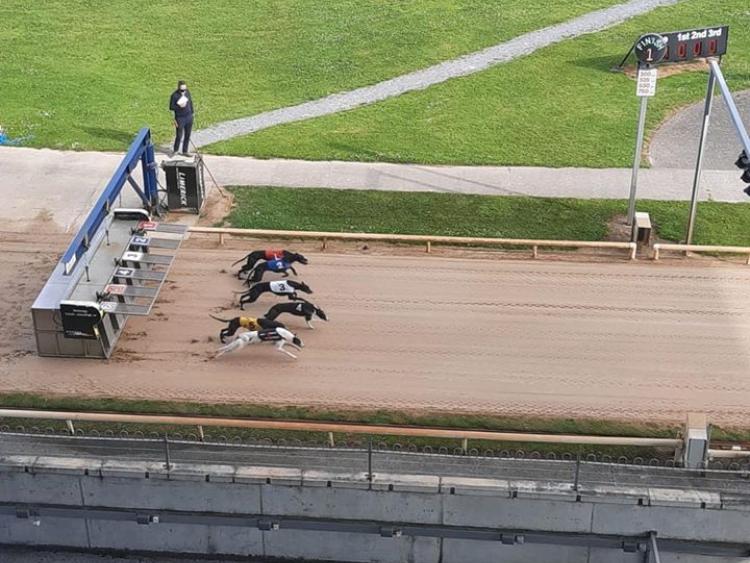 Timaru Cha sporting the red jacket, was headed early by Orlando Amelia who showed first from trap three to lead into the opening corner.

However, showing a lovely turn of foot down the back straight, Timaru Cha quickly took control and the son of ‘Skywalker Puma - Venus’ burst clear to put this A6 contest to bed as he galloped out a convincing winner for owner, Phil Moloney. Eight lengths better off than Rockmount Gizmo in second, the time was 29.44.

Social distancing measures and new racing protocols were in place on the track (in compliance with current Government guidelines) and while the atmosphere was a lot quieter than usual it was great to see the first steps to getting the industry back working.

The restaurant in Limerick Greyhound Stadium will open on Thursday July 2 (in compliance with Government Guidelines) and with protocols in place for customers and staff alike.