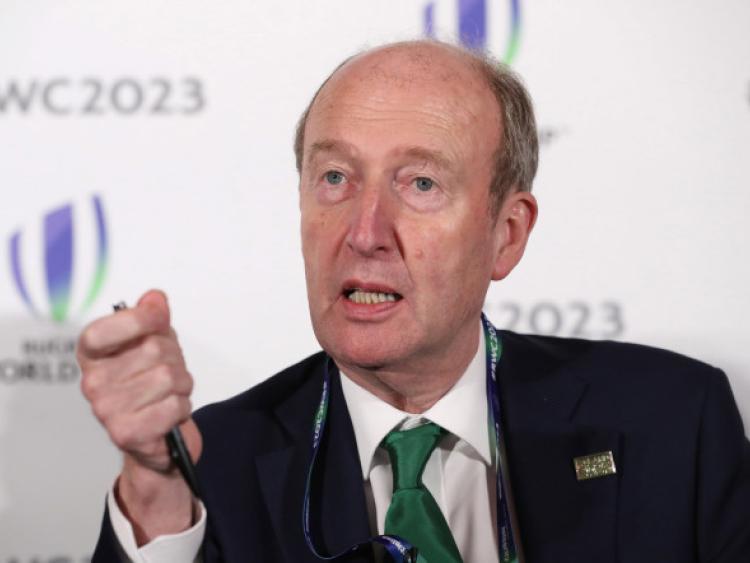 The Minister for Transport, Tourism and Sport, Shane Ross, and the Minister with responsibility for tourism and sport, Brendan Griffin, have this evening announced a funding package of up €70 million has been approved by Government to support the sport sector.

The funding package will support the sport sector through;

Minister Ross said “The sport sector has been severely impacted by the Covid-19 pandemic and many sporting bodies and clubs are experiencing significant financial challenges. We have had extensive contact with the sector and it is clear that the challenge is enormous and is being felt at every level. While the scale of this package may seem extraordinarily large, it merely reflects the enormity of the challenges being faced by our sporting bodies.

This new funding package will assist our National Governing Bodies of Sport and sports clubs as they prepare to restart their sports under the Government roadmap.  Sporting organisations and clubs are hugely important for the social fabric of every community in the country and we want to ensure that the sector recovers as strongly as possible from the current crisis. The Roadmap accelerations and funding being announced today will ensure the survival of our vibrant sport sector, particularly the network of clubs throughout the country. My officials will now engage with Sport Ireland to design new grant schemes, which will be administered by Sport Ireland.”

Minister Griffin said “Today is the most important day for Sport in this country during my time in this office.  I am delighted that the Government saw fit to respond to the many loud calls for help from our sporting bodies.  The scale of lost revenues, from the smallest of club fundraisers to a sold-out stadium, is breath taking. Today’s package will go a long way to aiding the badly needed recovery.

Despite all of the challenges, it is heartening to see that so many people have recognised the importance of staying active during the Covid-19 crisis. We are now seeing more adults than ever actively participating in sport, with huge numbers having taken up cycling, running and recreational walking. I welcome today’s acceleration of the Roadmap reopening – it’s great news and greatly appreciated by sports people throughout Ireland.  There is a huge opportunity now to secure a lasting improvement in the health and wellbeing of our nation by engaging with children and adults who have become more active during the crisis and putting in place programmes to help them go from casual sporting activity into lifelong participation. The Sports Restart and Renewal Fund will assist sporting bodies and local sports partnerships to maximise this opportunity.”

Sport Ireland has welcomed the announcement by Ministers Ross and Griffin of a €70 million of new funding for National Governing Bodies of Sport, Local Sports Partnerships and sports clubs in response to the Covid-19 crisis.

"The primary purpose of the funding announced today is to protect the national sports system in Ireland, which has been developed over the past two decades. The physical and organisational infrastructure is at risk from COVID-19 and it is recognised that the cost of rebuilding would be significantly higher"

Speaking today, Chairman of Sport Ireland, Kieran Mulvey, said: “The announcement today by Ministers Ross and Griffin is most welcomed by everyone in sport. The Board of Sport Ireland has received regular updates on how the necessary Covid-19 restrictions have affected sport at all levels. When restrictions were put in place in March, Sport Ireland identified three key areas of focus, which were – making sure sport was represented on the Government’s roadmap; creating an environment where high performance athletes could return to training as quickly as possible; and, establishing a financial support for Sport Ireland funded bodies. Sport Ireland worked closely with Ministers Ross and Griffin and colleagues in in the Department of Transport, Tourism and Sport to ensure that all three were delivered. Sport Ireland has already facilitated a return to training for a number of our high performance athletes and has extended funding arrangements for carded athletes to support them through the postponed Olympic and Paralympic schedule. I thank both Minister Ross and Minister Griffin for their ongoing support in ensuring the ongoing viability of sport in Ireland.”

Philip Browne, IRFU CEO, added "The IRFU welcome the government’s announcement of funding for the sport.  Since the closedown of the country in March Irish Rugby’s income has effectively fallen off a cliff and while we have moved quickly to significantly reduce our costs, huge financial pressure will remain our reality until we return to a time when we can welcome supporters back to full stadia across our professional game.

Sport is far more than a pastime, it is an important economic driver for the national and local economy, it supports the physical and mental well-being of our people and it adds to the social and cultural fabric of each and every community in the country, ensuring that young and old can form the friendships, skills and values that we are known for across the world.  The funding available from government will be a lifeline to sports and the IRFU thank the Taoiseach and his government for standing with our sector in this time of crisis."

Meanwhile a GAA statement read "The GAA would also like place on record its gratitude to the Government for the support package announced this evening. This funding will greatly assist our units in the weeks and months ahead as they prepare for a return to activity"