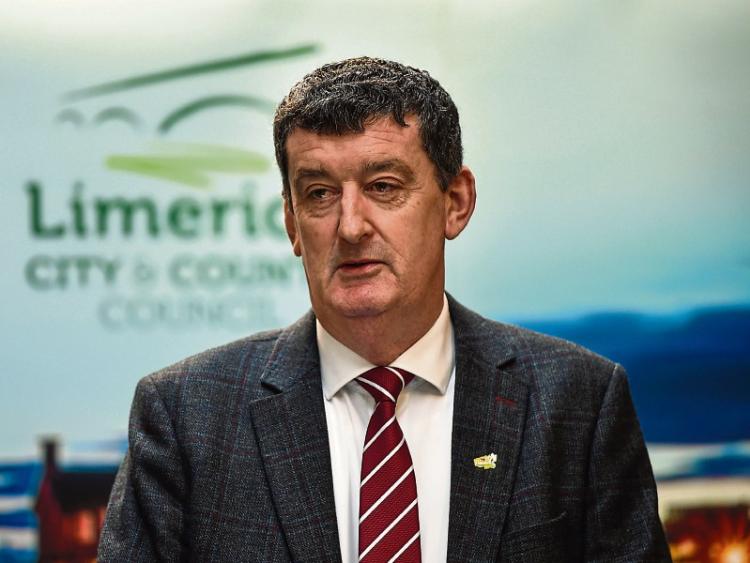 THE NEW look Limerick GAA county championship formats are set to be confirmed with clubs as early as next week.

County board chairman John Cregan, talking to Leader Sport this week, confirmed that months of work have gone into the rescheduling of the championships, which have been hit by the Covid-19 pandemic and subsequent lockdown of all sporting activities.

“There was quite a lot of preparatory work done on it during the lockdown. When we realised we would not be able to play our championships in the same format as agreed by county committee through the master fixtures program.

“We knew we needed to have something in place so that we could be ahead of ourselves once we got the green light. We have had a number of remote CCC meetings. We have had some County Board meetings too. At our last county committee meeting, we presented a plan in general terms to the club delegates and asked that they would consider it and revert back with submissions to it.”

“From what I can see the majority of clubs would be happy with to go with the proposed plans. There would be some concerns from clubs that we would like to allay.

“We have looked at some of those and we will continue to communicate with them. We would hope to have another county committee meeting this week, to put the final document to our clubs for approval.

“Obviously there will be significant changes from the normal championship. The window is shorter. We are trying to be fair to our clubs and our inter county teams, because we are going to have both competitions taking place. We hope to put the final touches to that next week and it will be next week before we get a chance to present it to the clubs” Cregan confirmed.

The chairman also praised the clubs for their help in these unprecedented times.

“We have seen in the last number of years, particularly in the year we won the All-Ireland, the clubs were under huge pressure to run off the championships in tight windows and they were hugely co-operative with us. The clubs understand that the county board are trying to be fair to all sides. I can’t praise the clubs highly enough for the co-operation they have given us over the years in the running of our championships”

Inter county competitions, Munster championship and All-Ireland series in hurling and football, or even the resumption of the 2020 leagues, is  to take place no sooner than October 17.

GAA president John Horan has confirmed that the inter-county season could yet run into February 2021, with some media speculation hinting at the resumption of the leagues from 2020 or even a round robin aspect to the hurling championship. Those comments were of interest to John Cregan also.

“Are we looking at a knockout competition? That question hasn’t been definitively answered yet.

“I thought to myself, when I heard the president saying that the inter county window could run until February, that if you are starting in October and not finishing until February, that maybe something other than a knockout championship is under consideration presently.”

“I know in terms of inter county football in particular, there will be pressure to play out the 2020 leagues, for seeding purposes.

“We are in the dark there a little bit, but we would like to bring more certainty to our clubs in the coming days” Cregan concluded.