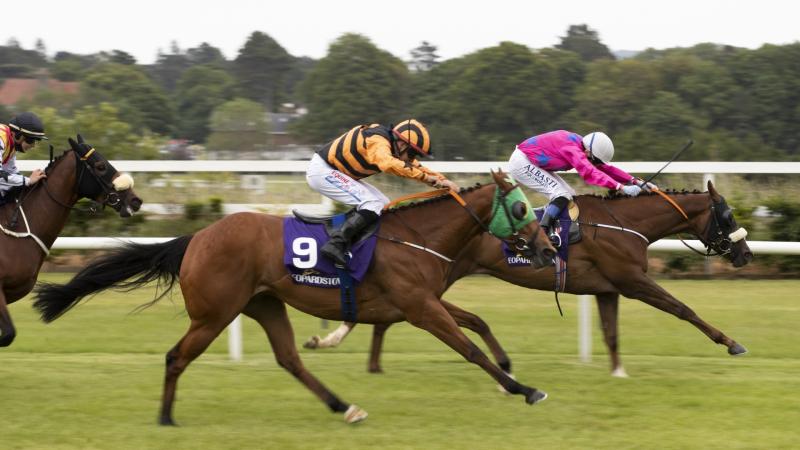 Billy Lee rode the easiest winner of the day at Leopardstown on Tuesday. He partnered the Andy Oliver-trained Confidence High to a three and a half-length success in the 7f Leopardstown Handicap, the three-year-old taking advantage of a favourable low draw to come home clear of the Edward Harty-trained David Garrick. Lee’s winner was returned at odds of 28/1 which also made him the longest-priced winner of the afternoon.

Confidence High returned to Leopardstown on Sunday and duly followed up over the same distance. Lee had to work a little harder for success on the three-year-old this time, but the pair dug deep to win by a neck from the Dermot Weld-trained Dark Pine. There were no fancy odds about the winner on this occasion, with Confidence High returned the 11/8 favourite, the joint-shortest priced winner on the day.

Lee had earlier teamed up with Tipperary-based trainer Paddy Twomey to take the 10f handicap with Moll. The 9/4 favourite skipped clear over a furlong from the finish and beat the Ger Lyons-trained Marchons Ensemble by half a length.

In contrast, Chris Hayes was all out to win the concluding 8f Leopardstown Handicap on the Pater Fahey-trained Palabres. He got the 20/1 chance home by a neck from Tom McCourt’s Lady Scathach to give him his third winner of the season, adding to an opening day double at Naas at the end of March. Hayes was on the mark the following afternoon at Navan when partnering Fozzy Stack’s 13/8 favourite You’resobeautiful to an all the way victory in the three-year-old maiden over 5f. The winner will be up in class for her next start with a Listed contest at Naas the immediate target.

Hayes and Stack made it two winners in as many days as Lynn Britt Cabin landed the opening division of the 7f fillies’ maiden. In contrast to Stack’s Wednesday winner, the 13/2 shot only got up in the final strides to pip Johnny Murtagh’s Bestrella by a neck.

Hayes’ blistering start to the interrupted season continued at the Curragh on Friday evening where he rode English-import Maid Of Spirit the land the 6f handicap for trainer Ken Condon. The 25/1 chance battled well to win by a neck from the Ger Lyons-trained Ardhoomey. For good measure, Condon’s Ice Cold In Alex took fourth place in the race, two lengths behind the Con Harrington owned and bred winner.