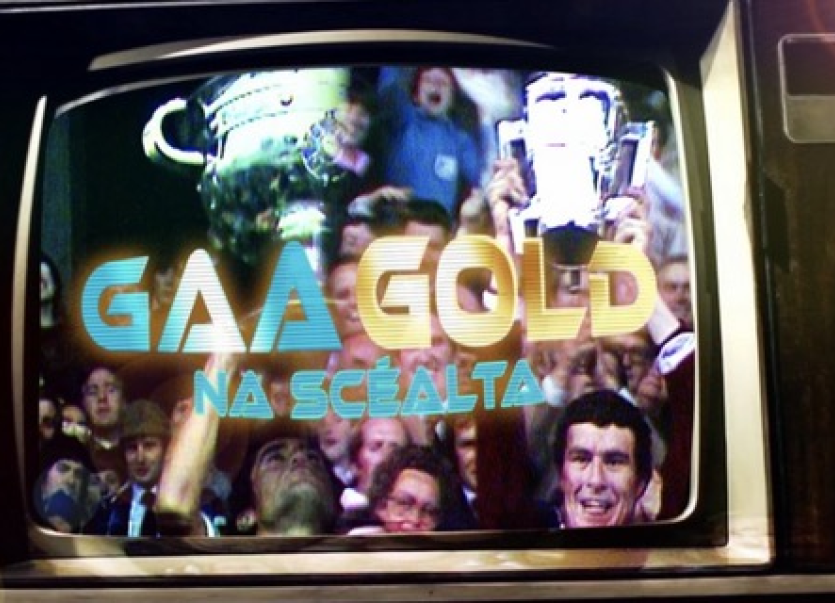 A new, weekly GAA GOLD series begins on TG4 today. The 10 part series called 'GAA Gold' will start to air on Sunday afternoon at 5.40pm and is repeated on Monday evenings at 8.30pm

The show, a new archive based series from TG4 that looks back at the 1980’s through the prism of the GAA year.  Each programme focuses on one year and we travel through the GAA season with a mixture of all of the classic games, news stories and music hits from that year. The first programme of the series starts with the year 1980 and the programme charts that year’s twists and turns on Gaelic fields throughout the land with league finals, provincial finals, All-Ireland semi-finals and All-Ireland finals.  That year end ends with Joe Connolly’s emotional and evocative speech on the steps of the Hogan Stand with the cheeky line of “People of Galway, we love you!"

In 1982 All Ireland Football Final, there was Séamus Darby's famous goal that shocked Kerry - and the nation - to end their five in-a-row hopes.  In the Hurling Final the Cats claimed their 22nd All-Ireland title captained by a young man named Brian Cody.
In 1983 we will see Jimmy Barry-Murphy’s famous rocket goal against Galway in the All-Ireland semi-final.  Michael O’Hehir on commentary said “This is one you need to see in slow motion but the slow motion won’t even slow it down!”.  In the Minor hurling final there is a young man named Niall Quinn playing for the Dubs against Galway.  He scored a great point on the day and would go on to score 21 international goals for the Republic of Ireland soccer team.  The Football Final that year saw 4 players sent off in the Dublin v Galway battle.

The series will include the 1984 Ulster Football Final - Frank McGuigan was on fire for Tyrone that day and scored 11 points from play - each one better than the last as Tyrone claimed their first provincial title since 1973 in Clones.  This was also the GAA’s centenary year with the All-Ireland Hurling Final held in Semple Stadium between Cork and Offaly.  We hwill see the first ever International Rules tests between Ireland and Australia from that year with plenty of action on and off the ball.
In 1986 we have some action from the first ever Ladies Football Final to be played at Croke Park.  The Kerry’s Ladies team went one better than the men as they claimed a ‘five in-a-row’ with victory over Wexford.
There are other more quirkier events in the GAA season too. In 1987 a National Football League Quarter-final between Dublin and Cork ended in a draw.  Cork failed to reappear for extra-time so Dublin ran the ball down unopposed and shot into an empty Cork net to claim a very unusual victory.

All of these great memories can be seen in this new 'GAA GOLD' series with the soundtrack of the era - a mix of both international and Irish acts such as U2, Thin Lizzy, The Pogues, Mamas Boys, The Undertones, Cry Before Dawn, Sinéad O’Connor, The Dubliners, The Hothouse Flowers, The Stunning and many more.