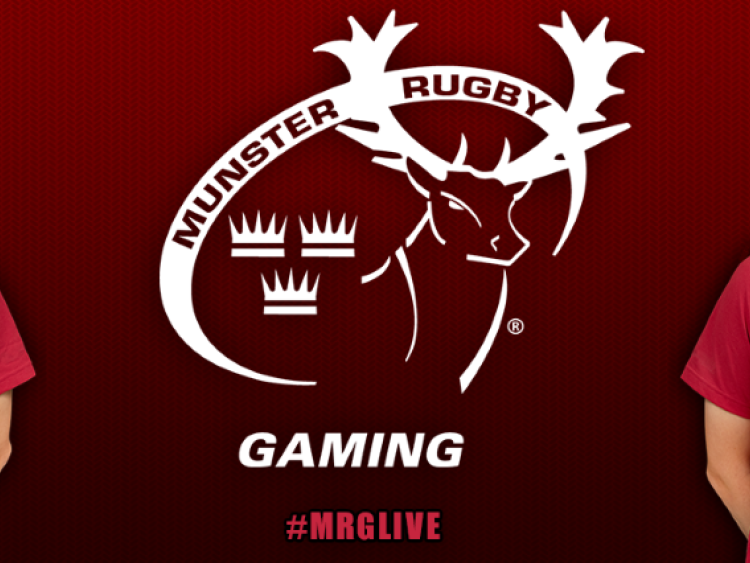 Munster Rugby Gaming, an esports team carrying the name of the famous rugby club, is hoping to take the Northern League of Legends Championships (NLC) by storm this season as they announced some key roster signings this week.

The esports arm of Munster Rugby will make its debut in the highly regarded NLC on June 17 and will also enter a development team in the United Kingdom League Championship (UKLC).

This week’s roster announcement was a firm statement of intent by the Irish side, as they unveiled the signing of a star-studded squad including Nublar ‘Maxlore’ Sarafian from the UK. The 23-year-old former Misfits player, who will take on the role as the team’s jungler, began his esports career in 2014, and now boasts an impressive track record to include a second-place finish in the 2017 European League of Legends Championship Series (EULCS) and an eighth-place finish at the 2017 World Championships.

He is surrounded by an equally impressive supporting cast who are all considered to be amongst the top in the league in their respective positions. This includes two stalwarts, in support player Aleksi ‘H1IVA’ Kaikkonen of Finland and mid, Sebastian ‘Sebekx’ Smejkal of Poland. H1IVA not only came second in the 2018 European Masters and at the 2019 French Spring Place-Offs, but also went on to win the European Masters in 2019. Sebekx is best known for his extremely impressive performances last season, which saw him win the ESL Vodafone Championship (ESL EVC) in Italy.

The squad announcement was further boosted with the appointments of Josh ‘Furndog’ Furneaux and Jon ‘Just Jon’ Ellis as the head coach and performance director respectively. Prior to joining Munster Rugby Gaming, both players gained valuable experience in the European Regional Leagues (ERL) and the League of Legends European Championship (LEC) and will be hoping that this mix of experience and talent can make the difference in Munster Rugby Gaming’s debut season.

Looking to the season ahead, head coach Josh Furneaux said: “I’m really looking forward to getting the season underway next week, and I’m thrilled that we have such a talented team of players to work with. All five players bring unique and important skills to the squad, and we cannot wait to see them gel and perform as a unit. We are very lucky to be partnered with Munster Rugby and to have access to their High-Performance facilities and support when timings allow post Covid-19, which will be a big bonus for the entire squad. We face a tough opening round game against MnM Gaming on June 17th, and though our training has been going extremely well over the past few weeks, we know that this clash will be our first true test to see where we stand.”

Ahead of his team’s debut campaign, CEO of Munster Rugby Gaming, Ciarán Walsh stated: “We’re really excited to be making our debut in the NLC in the coming weeks and can’t wait to see how the guys perform. Our aim is to put Ireland on the international esports map, and this team is a mixture of guys that have been to the top of the world - quite literally in Maxlore’s case - and now need to show that they have what it takes to get back to that point. They are really excited to be involved with Ireland’s most successful esports team and we look forward to watching their journey over the coming months. We are delighted to partner with Munster Rugby for this journey and hope that the fans get involved in what is set to be a very exciting season.”

Enda Lynch, Munster Rugby Head of Enterprise, added: “We are really looking forward to seeing Munster Rugby Gaming perform this season and we are delighted to partner with them for this exciting new venture. At Munster Rugby, we are constantly exploring ways in which we can innovate and bring our brand and high-performance knowhow to new opportunities, and we are proud to be part of Ireland’s first esports franchise team. We wish Josh, Jon, Ciarán and all of the squad the very best of luck in their upcoming games, and we look forward to celebrating their fortunes throughout the season. We have no doubt that the Munster Rugby supporters will get behind the team.”

The team gets their NLC campaign underway on June 17 and will face long-time rivals MnM Gaming (UK) in the opening round. Games will continue weekly from June 17th, with Munster Rugby Gaming drawn in Group B where they will face some big match-ups including Tricked Esport (Denmark) and Fnatic Rising (UK). The big one to watch in Group A meanwhile is one of the leading teams in the UK, BT EXCEL.

Fans can get involved with all of the action by following Munster Rugby Gaming on Twitter, @MunsterRGaming, where links to live streams for the games hosted on Twitch each week will also be shared.