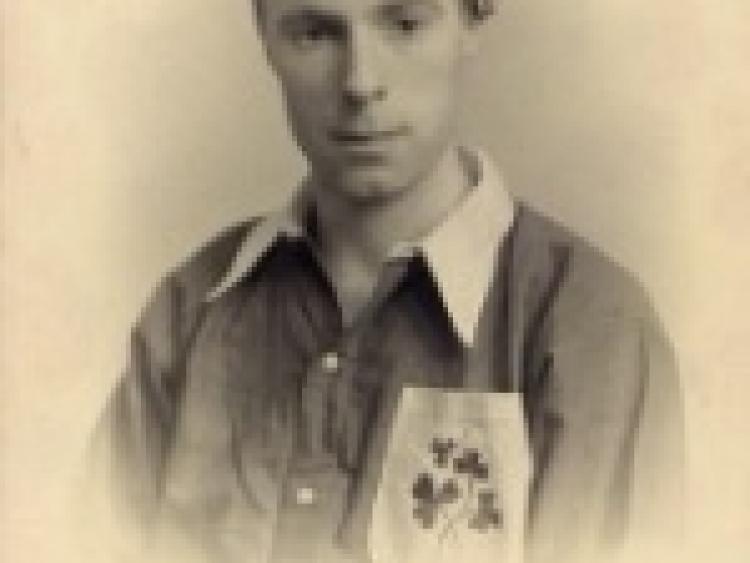 Stanley De Lacy was born on December 26 1914 to John and Anne de Lacy, the sixth of eight children. Growing up in Limerick, he was schooled at St Michael’s National School and CBS Limerick. At the age of 16, Stan joined Joseph Matterson and Sons, a food processing firm, as an office boy, and studied accountancy and management in night classes at Limerick Technical College. He worked at Matterson’s for 50 years, many of them as its Managing Director. His father died after a hospital operation in 1932 and so never lived to see any of his son’s great sporting achievements.

Stan spent his teenage years as a member of the Limerick Cathedral Company of the Church Lads' Brigade. In 1927, he attended the Royal Review of the CLB by the Prince of Wales (the future King Edward VIII) in Hyde Park in London, and in 1933 won the Clarina Cup for being the top sportsman at the Limerick CLB Athletics Championships.

It was with the Church Lads’ Brigade that Stan developed his love for hockey. In the latter 1920s/early 1930s, CLB lads were so keen to play hockey they formed their own team and played against other junior teams from North Munster. Between 1929 and 1932, Stan represented the CLB on the Munster Schools Interprovincial Team playing against Leinster and Ulster Schools. By 1933, he was playing Senior Hockey with LPYMA, Limerick Protestant Young Men’s Association, where he played alongside Bill Stockil, fifteen times an Irish international, a former member of the St Michael’s CLB Company.

De Lacy was also a very capable sprinter. In 1937, 1939 and 1940, he won the 100 yards at the Irish Championships, and in 1940 also won the 220 yards. On 23rd July 1938, he won his first international athletics vest when he competed for Ireland against England and Scotland. In relation to sprinting, it was Stan's greatest disappointment that he was not able to compete at the 1940 Olympic Games.

However, it was De Lacy's prowess on the right wing of the Irish Hockey Team that he will be most remembered. Playing for Limerick Protestant Young Men’s Association and then playing for his native province, Munster, for a couple of years, he won his first cap for Ireland in February 1937 against Wales. He was an integral part of the team that won the Triple Crown in 1937, 1938, 1939, 1947 and 1949. In fact, so good were Ireland, they won the three pre-war Triple Crowns without conceding any goals.

"The Irish right winger was the chief source of worry to the defence of the Scots. He showed them a clean pair of heels on many occasions, and his centres were always accurate. So fast was he that he often cut inside and left the visitors uncertain. He crowned a fine afternoon’s work with two goals." the report hailed.

Between 1937 and 1949, in what was to be a Golden Age for Irish Hockey, Ireland played 18 matches against England, Scotland and Wales, winning 17 and drawing the other, in 1948. Up until 1950, Stan had never played on a losing side and was never dropped. In 1950, in his 21st game, England defeated Ireland by three goals to two. It would take Ireland until 2002 to beat England again.

In 1954, De Lacy won a record 33rd cap for Ireland when they played Wales. Had it not been for the Second World War, Stanley would have won many more caps. He won a 34th cap and retired from the game later that year. He is regarded by many as Ireland’s greatest ever hockey player.

De Lacy was inducted into the Texaco Sporting Hall of Fame in 1995. Speaking about the highlights of his career, he recalled winning the 100 yards in 1937, his first cap for the Ireland Hockey Team in that same year, and travelling to South Africa as Captain of the Britain and Ireland Touring Team in 1951. 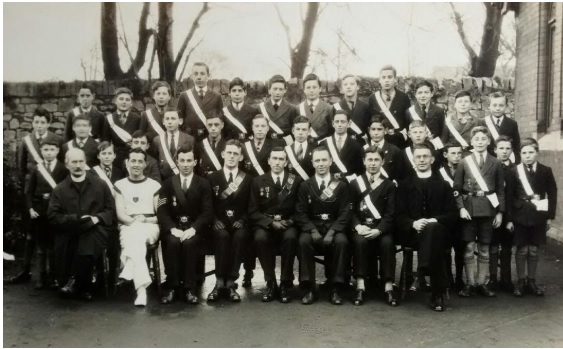 Stanley De Lacy was not the only great sportsman of the family. His brother, Hugh, played rugby for Ireland, playing in two of the four matches won by the famous 1948 Grand Slam Team. Hugh played at scrum half with the great Jack Kyle at out half.