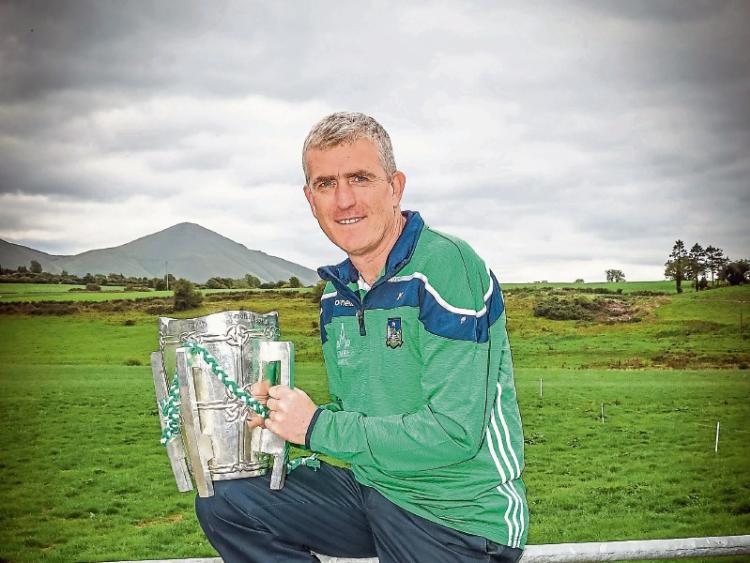 SUCCESS should not be measured by the number of All-Irelands a team wins, said Limerick hurling manager John Kiely in an engaging and insightful interview with Des Cahill on The Sunday Game.
They were joined by former Cork hurling manager John Meyler to reflect on the titanic tussle between the teams in the 2018 All-Ireland semi-final. Both men have a future in punditry.
Limerick were one of the favourites for the All-Ireland this year but Mr Kiely doesn’t feel success should be defined by how many Liam MacCarthys are lifted.
“For me, there are a number of different factors. The strength of our clubs in the county is huge. They need to be supported in any way possible to make sure the game has a real firm footing in each community, right throughout the county.
“That was one of the beauties of 2018. We saw new clubs being opened in Limerick. We saw clubs who hadn’t played hurling in years re-engage with the game and put in teams at underage. That was huge for us.
“We saw our colleges teams excel. The game is strong in our second level colleges too. We saw the impact of our third level teams too with Mary I, LIT and UL all competing in and winning Fitzgibbon Cups. We might only have one or two players on each team every year, but it means we have one or two players coming through with that experience. That experience is hugely important in terms of their development as players,” said Mr Kiely, who also touched on the academy.
“We wouldn’t be where we are today without our academy or with the work that is being done throughout the county at underage. That work needs to be continued and maintained into the future.
“All of that would put us in a place where at minor, U-20 and senior, we would be in the mix on a regular basis, competing in Munster finals, All-Ireland semi-finals etc and giving ourselves the chance to be in a final. If we give ourselves enough chances, we are bound to take some of them. That is what it is really about for us.”
While Mr Kiely would love to be on the pitch, he said the time off it hasn’t been lost either.
“We have re-engaged with our families and our communities in a really meaningful way. I think that hasn’t been a bad thing to happen either. We were all on a rat race, we needed to get off it a bit and to appreciate what was right on our doorstep.”
The Galbally man said the players have been fantastic under lockdown and training hard. He brought to national attention the Hit the Woah for Milford Hospice campaign.
The Limerick senior and U-20 hurling panels and backroom teams are entertaining us all with their dance moves. Limerick GAA has been releasing videos on their social media channels every night and asking people to donate online at milfordcarecentre.ie To date €14,000 has been raised. The challenge concludes on May 31.
“The dancing is great. With the wearing of helmets now, it is harder for supporters to engage with the players in the inter county scene in terms of their personality or even what their appearances are like.
“This is an opportunity for the players to be themselves. It is great for the general public to see what these players look like and what their personality is like off the pitch. I think that is a really good spin off for us. It has been great fun.