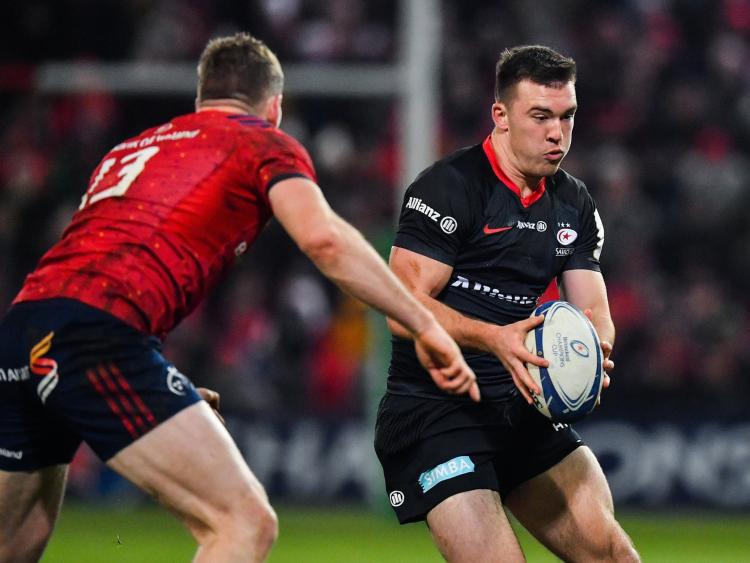 Matt Gallagher, of Saracens, in action against Chris Farrell of Munster during the Heineken Champions Cup Pool 4 fixture at Thomond Park in December

For the trio arriving from overseas – de Allende, Gallagher and Snyman – current government measures require passengers to complete a public health passenger locator form and to self-isolate for a 14-day period.

After arriving, in Ireland, from Japan earlier this month, Damian has followed all measures and completed his self-isolation period. The World Cup-winning centre will use the upcoming weeks to finalise living arrangements and settle into his new life in Limerick ahead of the 2020/21 season.

RG Snyman is expected to arrive at the end of the month with Gallagher due to arrive in June.