Derby days to be key in Limerick rugby return 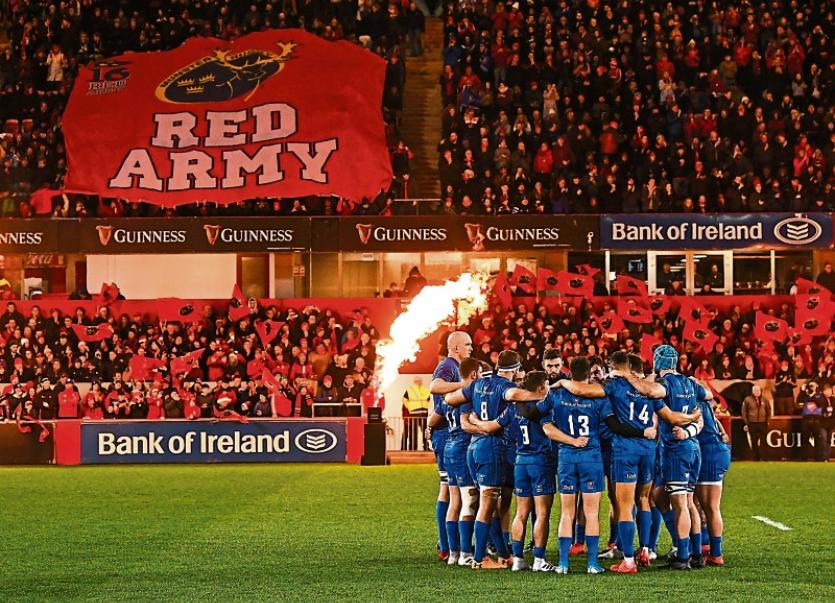 WITH sport on lockdown for several weeks now, governing bodies are attempting to ready themselves for a potential return to on field action when the time comes.

The FAI and the GAA (see page 22) have set out their stall in the last few days. While the IRFU are also playing a ‘wait and see’ game as to what the best plan of action is.

The IRFU, like the FAI, have teams involved in national and international competitions, meaning any decision on games outside of Ireland will not be entirely based on the views, policies or laws of the Irish government.

The PRO14 alone will have to agree terms for a resumption of play, be it to finish this season or to start afresh, with the UK, South African and Italian governments.

The IRFU had examined the prospect of bringing teams to Dublin to host the final stages of the PRO14 under lockdown with all sides involved. However, that idea has been shelved for now.

With the potential for Munster, Leinster, Connacht and Ulster ‘free’ to play games from August, the question now arises as to whom would they play.

One plan, being looked at by the IRFU, is that the provinces would play out an interprovincial league, behind closed doors.

The plan, similar to the one announced this week in New Zealand, would allow games to go ahead, with the option for the games to be televised.

This 'mini league' home and away option is something all four provinces are believed to be in agreement on, however logistics and government approval would still be need to be ‘ironed out’ before a confirmed plan is put in place.

In terms of local rugby, the 2019/20 season was cut short, meaning that the 2020/21 season could start back in August/September as normal.

However, this week the IRFU has surveyed clubs on several options for a potential return to rugby.

The governing body have asked clubs for their thoughts on starting back in September and how they would like the league to look.

There are also options for a November/December return or even a January 2021 resumption.

Several options are on the table including a truncated season and a season of provincial leagues with a 'national' quarter finals, semi finals and final.

There are also options to suspend promotion and relegation for the shortened season.

It appears, like the provincial sides, that there is an appetite to keep things ‘local’ once action returns, with games closer to ‘home’ more beneficial for player safety and club costs. Derbies, it seems, will be the new order.