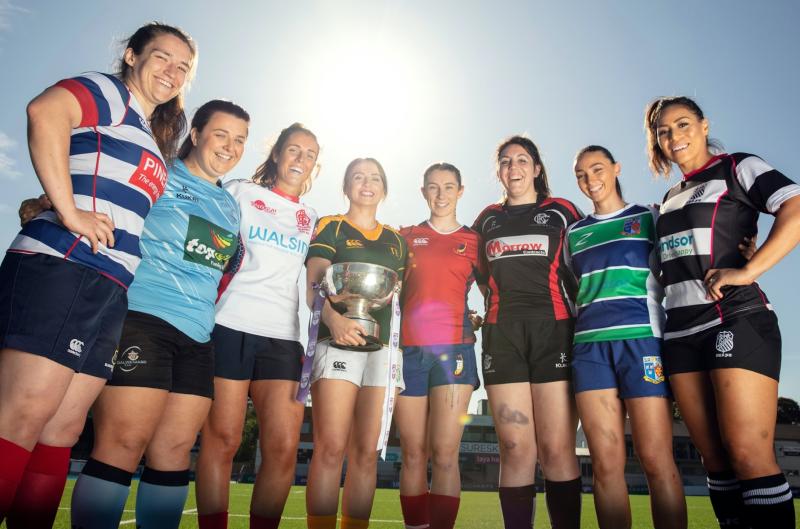 Rugby fans all across the island tuned into the first virtual Energia All Ireland League Rugby Awards tonight to celebrate the 2019/20 season and honour the top award winners for this year.

Brian Hayes from Cork Constitution and Hannah O'Connor from Blackrock College won the Energia Men's and Women’s AIL Player of the Year Awards respectively, but there were several Limerick winners on the night.

The Try of the Year Awards were shortlisted and voted for by the fans to select their top try of the year and there were two Limerick winners topping the polls.

The Men’s Try of the Year votes came down to the wire with 568 votes for Kelvin Brown from Shannon RFC, closely followed by Conor O’Brien from Nenagh Ormond RFC with 528 votes. Kelvin’s try was awarded for an excellent team display of being able to read the game and keep the ball alive, his great step, ability to find space and spot the gap, allowing him to take full advantage and get through to score this epic try for Shannon RFC in their game against City of Armagh RFC.

The Women’s Try of the year winner received even more public votes than the Men’s winner with a whopping 599 votes for Alana McInerney from UL Bohemian followed by Stephanie Nunan from UL Bohemian RFC with 402 votes. Alana’s try was described as displaying an importance of teamwork and positioning on the pitch, while always keeping an eye on the try line.

The Men’s Player of the Year, Brian Hayes, finished the season as the joint-top try scorer in Division 1A this season and was part of a Cork Con side that were the only team across the five men’s divisions to go through the season undefeated. The Women’s Player of the Year, Hannah O'Connor enjoyed a tremendous season for Blackrock College, winning her first cap for Ireland and kicking the most penalties of any player in the Women’s AIL. These awards, along with Rising Stars for each division, were voted for by the Head Coaches and Directors of Rugby across the league.

This year’s new and prestigious Positive Energy Award was awarded to two clubs, Railway Union RFC & Suttonians RFC from Dublin. The clubs embraced the positive energy mentality and set local club rivalries aside to collaborate and aim to stage the highest ever paid attendance at an Energia Women’s All-Ireland League match.

Another new award on the night included the first ever Club Scene Award presented by The Club Scene Podcast. This award was presented to Ballynahinch RFC in Down for creating a real sense of community throughout all levels of rugby from the mini’s all the way up the seniors, going to all lengths to welcome visiting clubs in and always bringing a strong support crew to any games around the country.

Managing Director at Energia, Gary Ryan said: “Congratulations to all the winners and a huge thank you for all of you who tuned in at home to celebrate the 2019/20 season through the first Virtual Energia AIL Awards. Being our first season as title sponsor of the Energia All Ireland League we have been blown away by the pure passion and support of the game. With the introduction of the Energia AIL App and Club Scene Podcast we really want to help bring all that positivity together and further strengthen the league. We are looking forward to seeing all the players back on the field for what I’m sure will be another gripping Energia AIL season.”

Commenting on the Energia AIL Awards, Greg Barrett, Chairman of the IRFU Rugby Committee said: “On behalf of the IRFU, I would like to extend a hearty congratulations to the winner of each award, and my thanks to all at home who tuned in to this unique event. Furthermore, my thanks to Energia for their support and promotion of the Energia All Ireland League over the course of their first season as title sponsor. We look forward to continuing to work together over the coming years, and truly appreciate their efforts in delivering the Energia AIL Awards in these most unusual circumstances.”