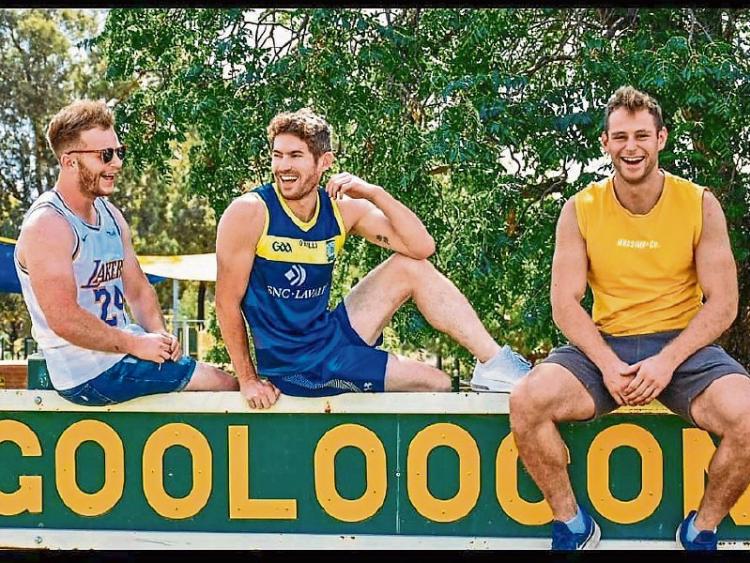 THEY may be 17,370 kilometres away from home, but Limerick senior football remains very much on the minds of three of its stars.

Jamie Lee, Darragh Treacy and Sean McSweeney took time out of Billy Lee's set-up this year to work - and hopefully play a little - in Australia.

They have seen their plans disrupted by the coronavirus, but all three remain ‘Down Under’ and keen to see out their visas, which can be extended up to two years.

For Newcastle West man Jamie, it was a case of straight back into action more or less as soon as he touched down in Australia.

Within days, he was travelling with Sydney's Cormac McAnellan's side to a football tournament in Melbourne.

The side, which counts his cousin, former Limerick under-age footballer Paul Hannan in its number, were runners-up in a Sevens tournament, losing by an agonising two points.

But then the Australian Prime Minister Scott Morrison declared a lockdown due to the advancing coronavirus.

Sadly, it meant Jamie's work as a lighting salesman did not last for long - restricted movement and retail don't really go hand in hand.

But he still feels lucky to be in Australia.

“Compared to Ireland, life over here isn't too bad. We can go to the beaches just down from where I live. The restrictions are meant to be getting loosened, and it is beginning to feel more free” he said.

However, the influential forward admitted: “When I thought I'd be coming over, I'd be doing all these brilliant things. But listen, the whole World is in lockdown. There are people in far worse conditions than us.”

He is looking forward to being able to travel again, as well as getting some more game time with Cormac McAnellan's, a side named after the late Tyrone football captain.

“One of my best friends is in Melbourne and I've another buddy in Brisbane so I'd like to go and see him too.” Lee admitted.

Jamie keeps in touch with his family on a twice weekly basis - upped from weekly - through a family Whatsapp group, which includes his father, the senior football manager Billy Lee.

When he left Limerick, the county footballers were firmly on an upward curve, recording three wins from three in the Allianz League division four.

He was in constant touch with family during the Treatymen's following victory over Wicklow. There was a setback against Antrim, but then Covid-19 stopped the panel in its tracks.

“I've no doubt had the coronavirus not hit, they'd have been up at Croke Park, and would have had a great chance of getting into a Munster final,” said Jamie, who at 27 has played with various set-ups since 2010.

“I was out in milking parlours milking cows on a night-shift with the earphones in listening to Limerick play, and roaring them on” he said.

He admits regret that he has taken time off this year's panel just as they were putting a run together after years of frustration.

“It's great to see them at the top of the league and heading to Croke Park. It's a dream of mine to play in Croke Park, no matter what the circumstances. I was talking to Darragh and we were going to leave last year, and never really decided to. The only thing which was holding us back was the football, even more so than my job.”

The 26-year old forward admits he has had a bit of slagging from pals across the border in Kerry.

Sean hasn't kicked a ball since the west final for St Kieran's last October, and it's as yet unclear if he and Darragh will link up with a GAA panel in Australia.

Work has them in Bawley Point, a seaside village three hours south of Sydney.

Whether or not they line out down under, Sean hopes he will be straight back into playing for the Limerick football side when he does return home.