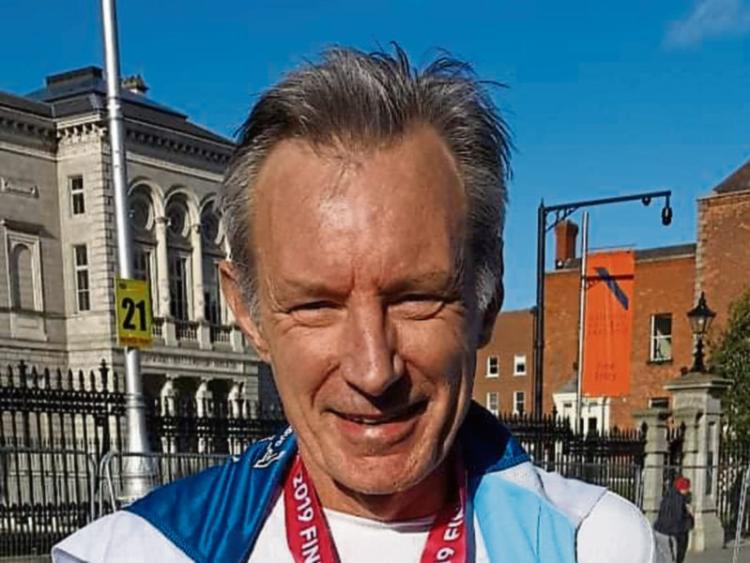 When I headed out on a dark January morning in 2013, little did I think that it would be the start of a wonderful, possibly never ending, journey.

In a moment of late night exuberance, I had signed up for the six mile event in the 2013 Great Limerick Run, having never run since my school days and I somehow managed to end up featuring in a

“What are you running for?” promotional video for the event.

In 2014 and 2015 I entered a GROW relay team and the buzz of all four member of the team crossing the finishing line on O’Connell Street together, with encouragement from Richie Clifford was incredible.

In 2016 and 2017 I decided to move up a gear and take on the half marathon and by that stage I was competing in many of the well established local 10k and 10m events and run series.

In 2017 I took on my first marathon in Dublin and was delighted with a sub 4 hour time on a friendly and sunny route. The 2020 Great Limerick Run, originally scheduled for May 3 but now postponed until October 4, was to be my sixth marathon (and 3rd Limerick one). I have a special back yard running GROW fundraiser planned for that day instead – check out #WhereYouBinMan…

I generally train alone and without headphones. I enjoy the peace and tranquility, especially at the end of a hard day’s work or in the early morning to hear the dawn chorus.

I regard listening to my breathing and pounding footsteps as my own brand of mindfulness. Regardless of what mood I am in when leaving the house, without exception I return both energised and in good spirits.

I have found that since taking up running, not only has my physical and mental health improved but I feel more confident.

In January last year I joined the Limerick Sanctuary Runners group. This is part of a nationwide initiative whereby Irish citizens run in solidarity with those living in Direct Provision centres.

On account of this, I started to head along to more local parkruns (UL, Mungret, Clarisford and Lees Road) and I connected with a whole group of people who I would otherwise never have met. Arising from those connections I am now helping to get parkrun established in Shannon.

This lockdown is difficult for us all but my spirits remain positive, thanks to short daily runs and to a weekly on-line Sanctuary Runner Saturday workout session with Irish Olympians such as Claire Lambe.

In summary, the five proven ways to wellbeing are: Connect, Be Active, Keep Learning, Give and Take Notice and my running journey is ticking all those boxes.