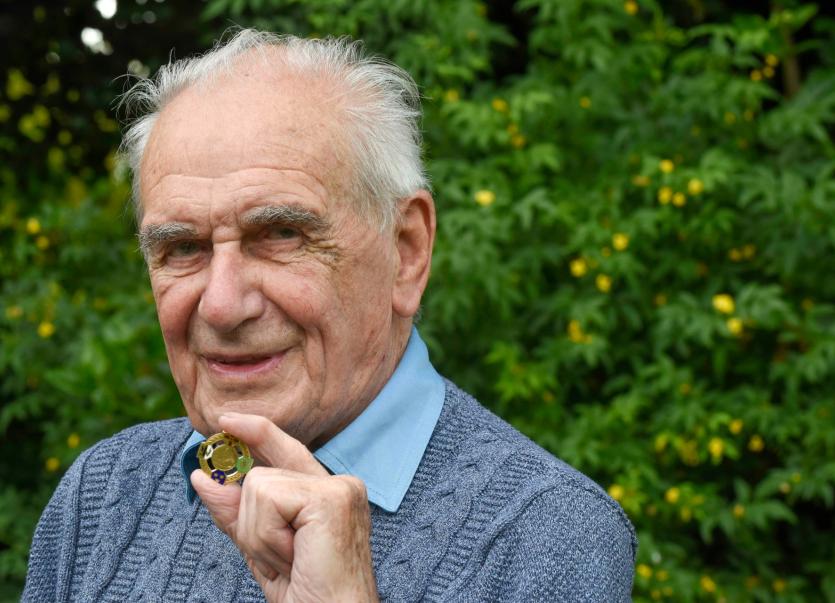 THE late Jimmy O’Donoghue will go down in history as the only Limerick man to win a 1946/1947 National League title in 1948; win two county minor titles with different clubs and then three senior county titles with another club.

He passed away peacefully at James Connolly Memorial Hospital, Blanchardstown, on Tuesday.
Mr O’Donoghue’s death notice says late of Finglas, Dublin and Cappamore but he was actually a Doon man.
Donal Anderson, historian and long-standing member of Doon GAA Club, said Mr O’Donoghue is from a townland called Clogher.
“It was in the parish of Doon but it was swapped over to Cappamore in 1973 so he’s a Doon man - we’re claiming him,” said Mr Anderson.
While he mainly hurled with Doon, Mr O’Donoghue also played with Cappamore.
“In 1945 he won a county minor title with Cappamore and the following year he won a county minor with Doon in 1946. He then went on to win three senior county titles in Treaty Sarsfields in the city. He was a fine hurler,” said Mr Anderson.
The reason the 1947 National League final was played in 1948 was due to the big snow of 1947. Mr O’Donoghue came on at half-time in the replayed final against Kilkenny. Normally a half-back, Mr O'Donoghue was put in at half-forward and played his part in John Mulcahy's clinching goal. Limerick won by 3-8 to 1-7.
Through his job in the civil service, Mr O’Donoghue hurled for clubs in Donegal, Dublin and Galway before settling in Finglas.
But wherever in the country he was, Mr O’Donoghue followed the fortunes of Limerick hurling.
“He took a fierce interest in Limerick GAA and was a keen supporter. He took great pride in the 1973 and 2018 All-Irelands wins. He came back fairly often. His brother John is living in Doon,” said Mr Anderson.
On behalf of Doon GAA Club, Mr Anderson extended his sympathies to Mr O'Donoghue's wife Phil, daughter Aileen, sons Gerard, John, Michael, and Jim, grandchildren, great-grandchildren, daughters-in-law, son-in-law, and his brother John, sisters-in-law, brother-in-law, nieces, nephews, relatives and friends. Mr O’Donoghue is predeceased by his wife Bridie, his brothers Paddy and Timmy and his sister Margaret.
May he rest in peace.