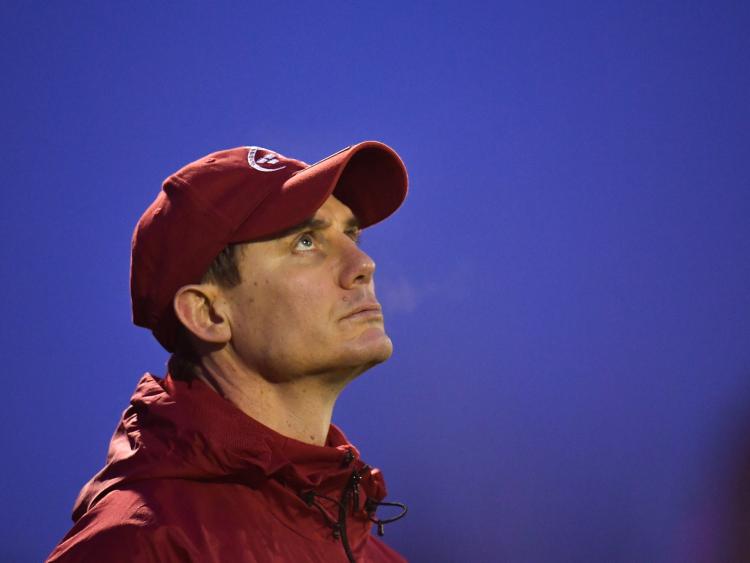 Munster Rugby Senior Coach Stephen Larkham has provided the latest update from the squad as they begin the sixth week of their remote training programme.

“We had four different groups – our Academy group, our international players had a small meeting and then we had our backs and our forwards. We spoke about different aspects with each group.

“We went for an hour and the feedback was that it was really good to start talking rugby again. The boys have been in their individual programmes which has been a weights and running programme and we’ve been giving them individual skills programmes to follow and changing that up every week.

“We wanted to limit it [the online session] to an hour, knowing the boys do have a routine they’re going through every day so by the time we finished the video everyone had spoken from a staffing point of view. We opened the forum up afterwards via whatsapp or email or phone calls and a few people have been in contact since then.”

The Munster coaching team have set out two four-week training blocks for the squad. After spending the first three weeks training from home, the squad were given a down week before returning to training seven days ago.

Larkham said: “We’ve come back for this block of four weeks and started the first week with those meetings. We’re going to start this week with defensive meetings and the following week we’re going into set-piece so we’re slowly introducing every aspect of rugby back into their programme.

“Their training involves four days a week, the equivalent of on-the-field and doing bodyweights. We’re just pairing those sessions with some skills sessions. So we’ve given all the boys one tennis ball and one rugby ball and it’s not much, but it’s enough just to keep the skills ticking over, encouraging them every day to be touching the ball.

“Whenever they’re doing their running sessions they’re encouraged to carry their rugby ball with them.

“And then we just put small little programmes in place. So every day they’re out working – either running or in their home gym, they have to complete a little challenge.

“We asked them to record their time and the best times will compete when we come back together as a group.

“This week it was a little bit of off-the-ground stuff so combining their ball control whilst they’re working off the ground. So every week has been a slightly different theme.

“There are 10 different groups with about six or seven players in each group. And they’re all to report to the leader of those groups with their time.

“Some videos have been posted and we’ve asked for updates to continue through the leaders, which comes back to the coaching staff.

“It’s pretty obvious from working with them for a while which guys are more competitive than others and those guys who are competitive are the ones that are really trying to get their best time or best score in all of them.

“From a skills challenge point of view, each group has been following the programme so far and a couple of groups have come up with some individual skills that they posted for the others to have a look at as well, so there’s a bit of a challenge between groups too.”

Keeping the players focused on their training schedule is vital for the coaching group as they monitor the condition of each player.

“I think that the danger with that is we’re trying to monitor exactly what we’re doing with the players, particularly when it comes to their weights and running programmes,” said Larkham.

“There are a couple of fads that are out there on social media that could encourage players to deviate, but we’re trying to make sure they stick with the schedule so we can work them back into the programme correctly.”