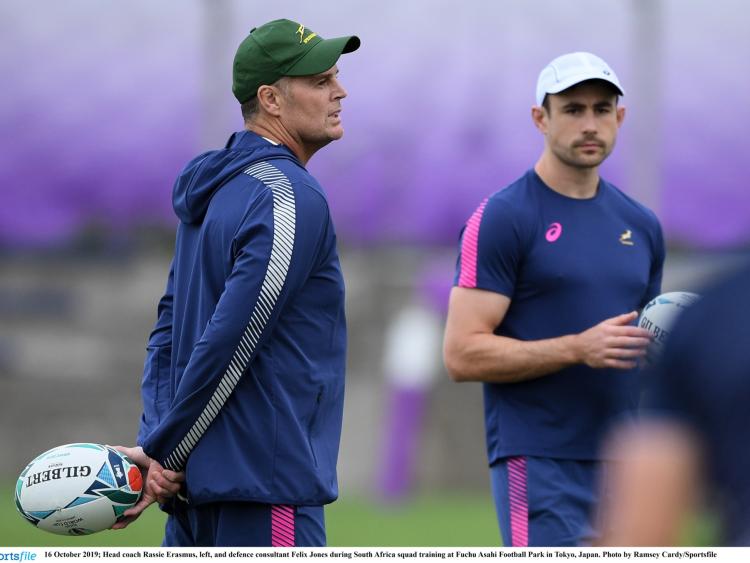 Super Sport in South Africa have confirmed that they are preparing a behind the scenes documentary on how their national side won the 2019 Rugby World Cup.

The project entitled 'Chasing the Sun' which is still in production, will give unprecedented behind-the-scenes access throughout the lead-up and during the Rugby World Cup which was won by the Springboks.

The side, coached by former Munster quartet,  Rassie Erasmus, Jacques Nienaber, Felix Jones and Aled Walters, went from 'outsiders' pre-tournament to winning the William Webb Ellis trophy having lost their opening game to the All Blacks.

Judging by the trailer below and the behind the scenes Rugby videos Rassie Erasmus has already been sharing online, this is a documentary, not to be missed.