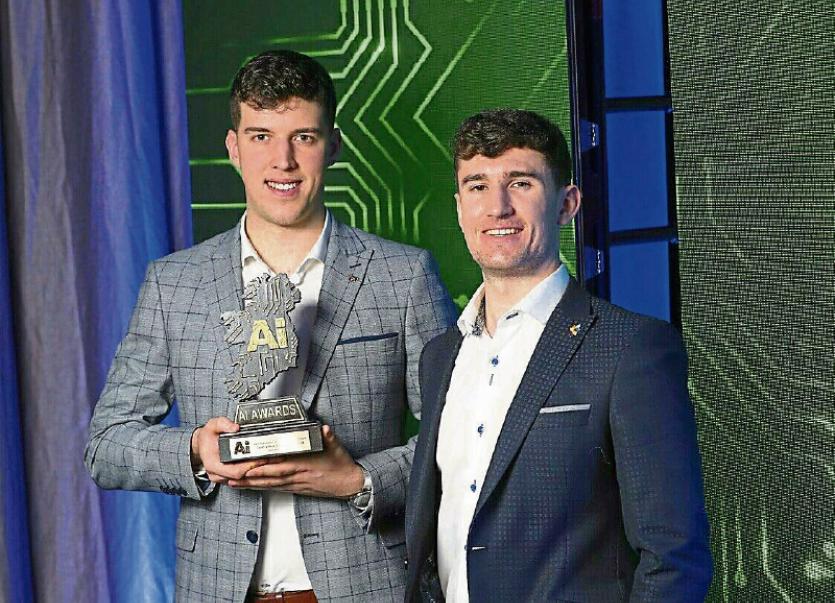 Rivals on field, but business partners off it: Ciaran O’Mara, who plays for Ahane and Mungret’s Eoghan Mulcahy, have put together a unique social distancing fundraising initiative. They run Deepseek

TWO Limerick hurlers have come together to start a unique fundraiser to help a charity supporting the elderly.

With club championship games off the cards until at least later in the year, former Limerick U21 and Mungret hurler Eoghan Mulcahy and Ahane man Ciaran O’Mara have set up the Relay2Croker initiative.

​The pair are trying to get GAA teams around the country involved in a competitive relay race stretching the 225km from the founding-place of the association in Thurles to Croke Park.

GAA players from Limerick – and hopefully nationwide – are being asked to contribute a few kilometres to this target – in their own locality of course – log their efforts on www.relay2croker.com and make a donation to Alone.

@rlynch96 explaining how easy it is to get involved in the @relay2croker initiative, supporting @alone.ireland and our vulnerable elderly community #RunTogetherRunAlone

From Adare to South Liberties, 14 senior clubs from Limerick have had players sign up to take part, with All-Ireland winner Sean Finn expressing an interest.

​Na Piarsaigh’s Ronan Lynch and John Flynn of Patrickswell have already completed their leg of the challenge.

Eoghan said while there have been lots of individual challenges during the Covid-19 lockdown, with teammates taking each other on, there has not really been a collective effort so far.

“We're bringing back teamwork as that's something that's been lost in the lockdown, players haven't been able to work together. We decided we'd put together a website to track each team. You can see your team progressing, and you can work towards a common goal,” he said, saying it’s also a chance to keep the older generations involved, with many not on social media.

Ciaran added ​that the decision to cover the cross-country journey to Croker is a nod to older generations who might have journeyed to headquarters by bicycle, or under other tough circumstances.

“We’re doing this as a tribute to the elderly generation - running to Croke Park, just as they might have cycled back in their day. The idea was teed up, and we decided we'd go for it together. It's a bit of fun, it's something to keep GAA people semi-entertained through the pandemic.

“Something to get a bit competitive about when there is no competitive championship going on. We are trying to entice people. It's a bit of fun, but it's for a really good cause,” he said.