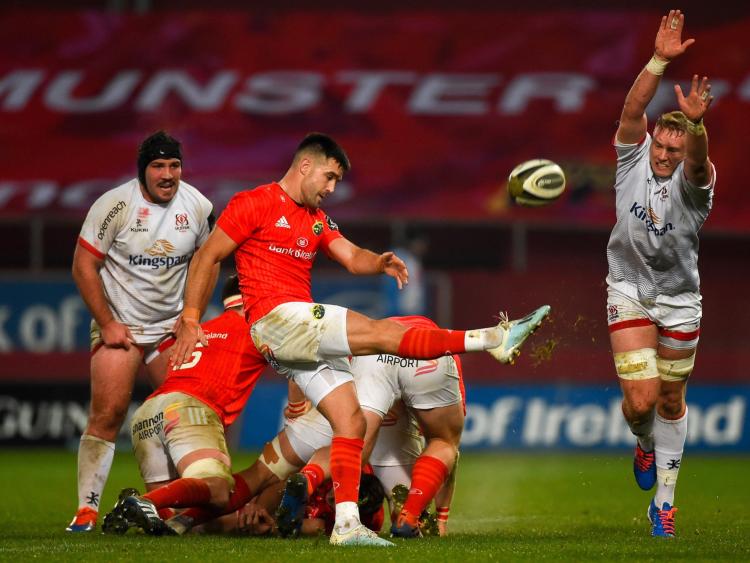 Munster and Ireland rugby star Conor Murray is giving someone a chance to win one of his Ireland jerseys, all the while having some fun and raising some much needed funds for charities Barnardos and ISPCC Childline

The fundraiser 'Box Kick Challenge' has been ‘kicked off’ by Conor himself through his Instagram account, so get involved and spread the word to let young aspiring rugby players know and anyone else who would like to get involved and win a signed Irish rugby jersey which Irish scrum half Conor Murray wore during his 81st appearance for Ireland against England earlier this year. Your donation automatically enters your name into the competition.

At a time of great silence in the rugby world, this fundraising challenge hopes to encourage participation and enjoyment of the sport by encouraging everyone from professional rugby players down to Rugby tots of the nation to get involved by sharing the promotional post across social media channels, taking a kick yourself into a box-type target, sharing the fundraiser link and nominating people in your network to get involved too.

So, what do you have to do?

So take a kick for charity, donate and nominate at least 3 of your friends to get involved too.

Use a box or similar target either indoors or outdoors and take your aim, it's harder than it looks so might take a few attempts.

Wear your rugby gear if you like and share on social media to let others know about it. This fundraiser has been organised by @bumplobond who support and share activities, events and classes for parents and kids on social media #boxkickchallenge “

This fundraiser has been organised by @bumplobond social media account which shares activities, events and classes for parents and kids, young and old across their social media channels to make it easier to discover what’s on, especially online during this current pandemic. If you would like to get in touch with the organiser please contact admin@bumplo.com