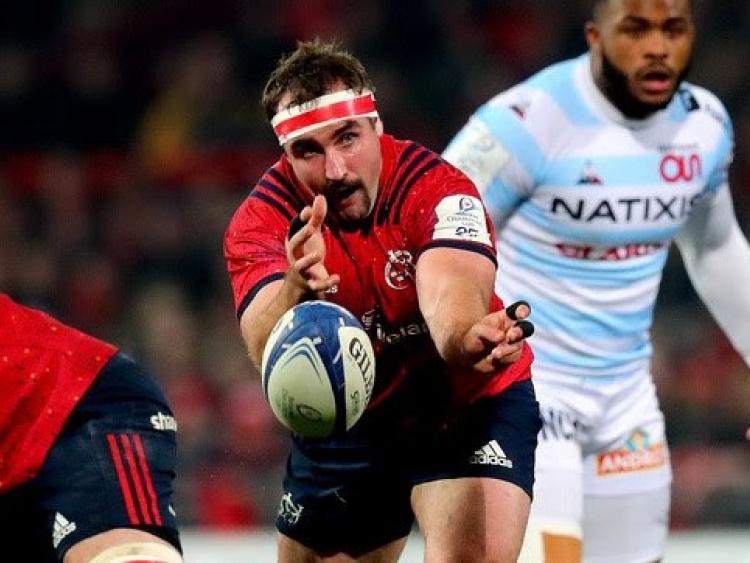 An independent Judicial Officer has decided that the Munster Rugby player, James Cronin, will be ineligible for a period of one month due to an unintentional anti-doping violation.

Randomly selected for an in-competition anti-doping test following Munster Rugby’s Heineken Champions Cup, Round 2 match against Racing 92 at Thomond Park on 23 November 2019, of which the prop played from the 50th minute onwards, Cronin tested positive for prednisolone and prednisone which are banned substances under Section 9 of the 2019 WADA Prohibited List.

The player had no Therapeutic Use Exemption permitting the use of prednisolone and prednisone.

Cronin co-operated fully with a subsequent investigation of the case by EPCR, and the matter was referred for decision to an independent Judicial Officer, Antony Davies (England).

Prior to the match against Racing 92, Cronin had been unwell and had been prescribed antibiotics, however, the pharmacy dispensed medication to him which was intended for another customer.

The Judicial Officer accepted evidence that the banned substances in the player’s sample were due to a dispensing error by the pharmacy and that the anti-doping violation was entirely unintentional.

Although the Judicial Officer found that there was no significant fault on behalf of the player, and that there were clear and compelling mitigating factors, he determined that the player had to bear some responsibility for what was in his sample.

It was therefore decided that Cronin will be ineligible for a one-month period from 15 April 2020 until 16 May 2020.

The decision of the independent Judicial Officer is final in respect of the player and EPCR. World Rugby, Sport Ireland and WADA each has the right to appeal.

The following is a statement from James Cronin following the disciplinary decision issued by EPCR:
“These past few months have been very trying for me and my family and I am glad that this issue has been resolved so that I can focus fully on rugby when it resumes.

I accept that this is a strict liability offence and that even though the medication taken was due to a very serious and unexpected dispensing error, it has taught me a very valuable lesson that I hope my fellow players and other athletes can also learn from.

I am confident that my friends, fellow players, the rugby media and rugby public will understand that I never acted with any intent nor in any manner to intentionally compromise EPCR tournament rules.

I have volunteered to participate in an educational forum to help raise awareness with other rugby union players so as to ensure that my experiences can be avoided by other athletes.

I wish to thank my solicitor Diane Hallahan and Barrister Meg Burke B.L. and to acknowledge the support of Rugby Players Ireland.”

"Following on from the EPCR disciplinary decision in relation to James Cronin, the IRFU can confirm they have completed their own review of the matter, in line with existing procedures for all contracted players.

The findings conclude that the sanction imposed by EPCR is sufficient in this case due to the strong mitigating circumstances.

Speaking about the news, Munster Rugby CEO Ian Flanagan said, “This has been an extremely challenging time for James and the province, and we are glad it has reached its conclusion.  We have treated this matter with the utmost seriousness, and as always Munster Rugby and Irish Rugby are fully supportive of all Sporting Ireland, WADA and World Rugby anti-doping policies.

“In protecting the integrity of our player, the organisation, and the sport, I can assure you that this unintentional anti-doping rule violation is as a result of exceptional circumstances due to a third-party dispensing error by a pharmacy.  Clearly the sanction is reflective of the strong mitigating factors in this case, and we look forward to James’ return to action.”