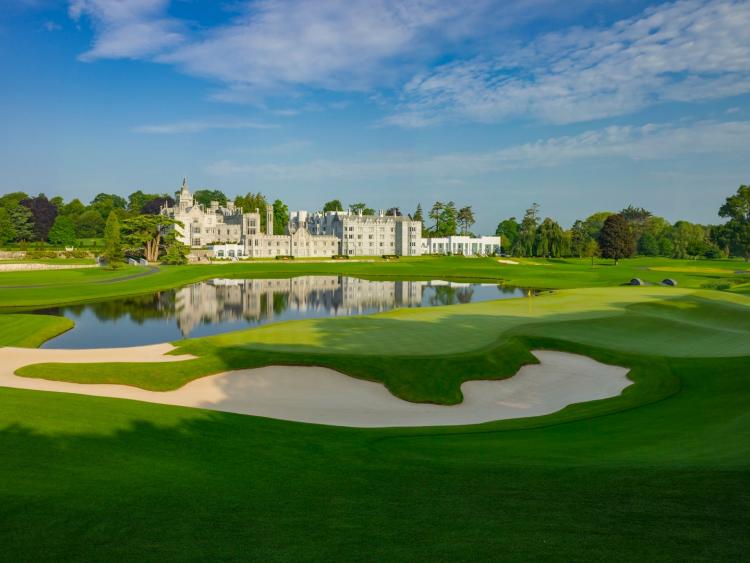 The Golf Course at Adare Manor is celebrating its second birthday today, as the 5 star resort reflects on another year of  awards and the headline news of being announced as the 2026 Ryder Cup venue.

Since reopening on 20th April 2018 following a spectacular renovation, spearheaded by renowned golf course architect Tom Fazio, the course has quickly become one of the most recognised on the world stage, welcoming 15,000 rounds per year to its pristine fairways.

The course’s second-year most notably, saw The Golf Course at Adare Manor being named as the 2026 Ryder Cup host venue, in what will be only the second time Ireland has hosted golf’s biennial contest between Europe and the USA.

Furthermore, the course also collected the title of ‘Ireland’s Best Golf Course’ at the World Golf Awards, IGTOA’s ‘Parkland Golf Course of the Year’ and ‘Golf Resort of the Year’ awards, along with several other high profile listings amongst the rankings from some of golf’s most reputable media outlets.

Adare Manor’s CEO, Colm Hannon, remarked: “The achievements this year have been nothing short of unforgettable and the golf course goes from strength to strength since reopening. The course continues to exceed expectations, which is the team’s goal here every day.

“To be chosen as the 2026 Ryder Cup host venue really did cap off another brilliant year, and we’re very proud to be bringing the tournament back to Ireland for the first time in 20 years and, in particular, to the Limerick region. The announcement was a great honour for the team and just reward for their commitment and shared passion to deliver a world-class golf course and guest experience. It really was a magical moment for Adare Manor, and simply motivates us to keep on delivering a golfing experience like nowhere else in the world.”

Adare Manor remains temporarily closed and continues to follow advice from authorities. With an exciting summer ahead, the team are very much looking forward to welcoming guests and golfers back once the resort has reopened and hopes everyone is staying safe and well at this time.