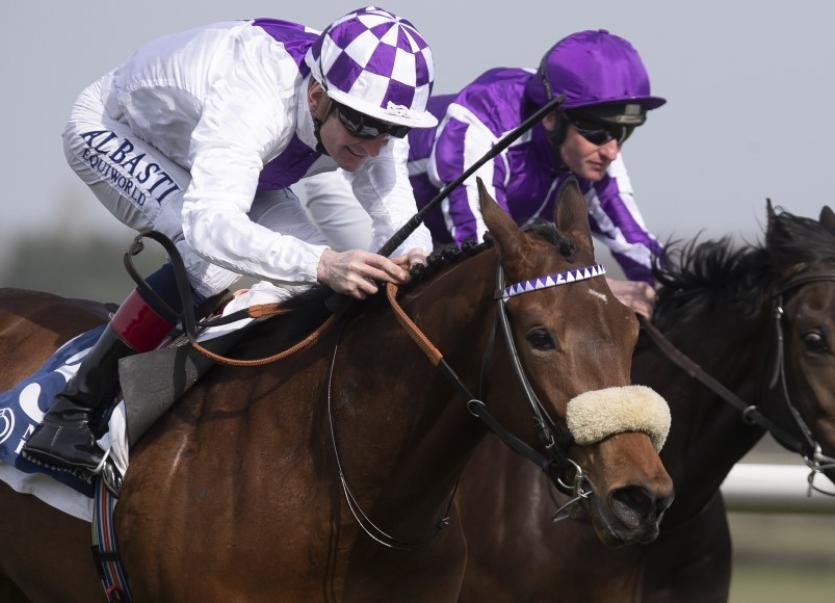 Horse Racing Ireland has today announced a record high 563 entries for the Irish EBF Ballyhane Stakes, the inaugural running of which is scheduled for Naas Racecourse on Bank Holiday Monday August 3, 2020.

The new contest, aimed at the progeny of sires with a median of no more than €75,000 at last year’s yearling sales, has attracted 345 Irish-based entries, 217 from Britain and one from America, a colt owned by Stonestreet Stables, now in the care of Wesley Ward. There are 289 colts and geldings, including Poetic Flare, winner of the opening two-year-old race of the season for Jim Bolger at Naas, and 274 fillies among those nominated.

In consultation with the race sponsors, Irish EBF and Ballyhane Stud, HRI has committed to examine increasing the €200,000 prize fund and to investigate the staging of a consolation race on the same day for those horses not making the final field in the feature race. This would give owners and trainers with entries an additional opportunity to avail of valuable prize money.

In the light of the ongoing Covid-19 situation the first forfeit stage will be deferred from April 22 to an unconfirmed later date that will be announced when there is a clearer indication of the resumption of racing and dates for the breeze-up sales.

Jason Morris, HRI Director of Racing, said; “The level of initial entries for the Irish EBF Ballyhane Stakes has exceeded our expectations and demonstrates the popularity of this new concept. Once the picture becomes clearer over the timing and basis for a resumption of racing, we will evaluate the feasibility of increasing the prize money for the feature race and/or the creation of a consolation event. We can look forward to a very competitive and high quality contest in what will hopefully be better times.”

Joe Foley, owner of Ballyhane Stud, said; “I was delighted with the response to the race and a big thank you goes to all the owners and trainers who have entered two-year-olds, especially to the 81 Ballyhane Stud sired entries, who are in with a chance to win the €50,000 bonus if they win the race. It’s going to be a very exciting race at Naas and the huge prize money will be something to look forward to in these uncertain times.”

John O’Connor, Chairman, Irish EBF, said; “The board are encouraged to see yet another Irish EBF initiative being so well received by the industry and look forward to this race becoming an established feature of the flat season for two-year-olds. Irish EBF are fully committed to continuing with race sponsorship when racing resumes and we will work closely with HRI when the time comes.”