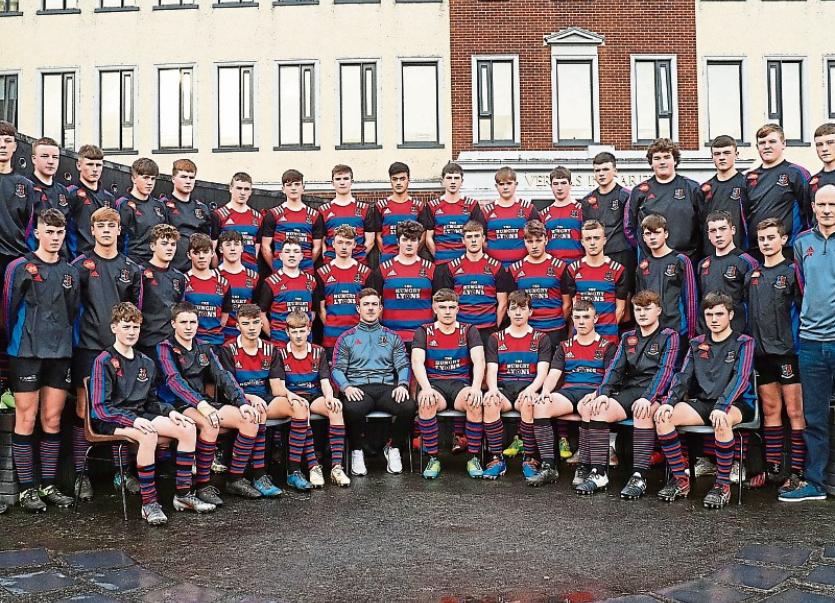 “Obviously the outcome is slightly anticlimactic for the players, but in the current situation we have to think of the bigger picture.

“The health of players, students, coaches and families is paramount in a situation like this” the words of St Munchin's College Junior Cup coach Eoghan Rowley.

The man in charge of St Munchin's U16 side was commenting on the news that this season's Clayton Hotels Munster Junior Cup final would not be played and the Cup 'shared' between his side and CBC of Cork.

As if things were not 'weird' enough as it is, the Junior Cup final was to be a meeting between two teams who had originally met in the opening round, in what was a one sided affair. The Cork side running out 40-0 winners.

“The defeat to CBC in the first round really forced us to re-evaluate some aspects of our preparations. With the next game against PBC in our sights we trained vigorously for two weeks. Played exceptional that day, smart intelligent rugby to the conditions and game away with an unexpected win. With our new found energy we faced Ard Scoil Ris a week later. This was the performance we all knew this group could give, expansive and exciting rugby.”

“The entire squad, school and coaching staff were thrilled to be facing CBC again in the final. The players wouldn't need any external motivation to be up for this. The atmosphere in the school was incredible for the players, with a significant amount of lads under-age again next year.” Rowley added.

This would have been the Limerick schools third appearance in a row in the Junior showpiece.

The Corbally side had lost last year's final to Rockwell, having won the cup in 2018.

The strange an unprecedented ending to the season is one though that both Rowley and St Munchin's back.

“In these times sports and schools really do take a back seat. No doubt it's a huge achievement for our school to be in three finals in three years. “As a school we support the decision of the Munster Branch to share the cup and wish all schools the health in their preparations for next season”

Meanwhile, Munster Rugby are adhering to all government guidelines set out to help ensure the spread of coronavirus is minimised with tailored training programmes in place for each squad member.

The Munster squad have started their second week of remote training with Head of Athletic Performance Denis Logan admitting this week that the players, like all of use are prepared for the Covid-19 restrictions to go on longer than Easter Sunday.

“The players, like the coaches, have seen what’s going on and realised that this isn’t going to blow over in the next few weeks and have gotten their minds around the fact that this is not going to be brief.

“I think when you come to that understanding and realisation then it makes it easier for you to create a working format that works for you. “If you’re under the impression that, ‘ah, this is only going to be for two weeks’ then you’re only going to go day to day.”

The final games of the PRO14 are still 'suspended’ until further notice with news this week in Australia claiming that Ireland's summer tour to ‘Oz’ is now expected to be postponed.