The morning ‘Jimmy’ picked ‘Al’ as the best ever 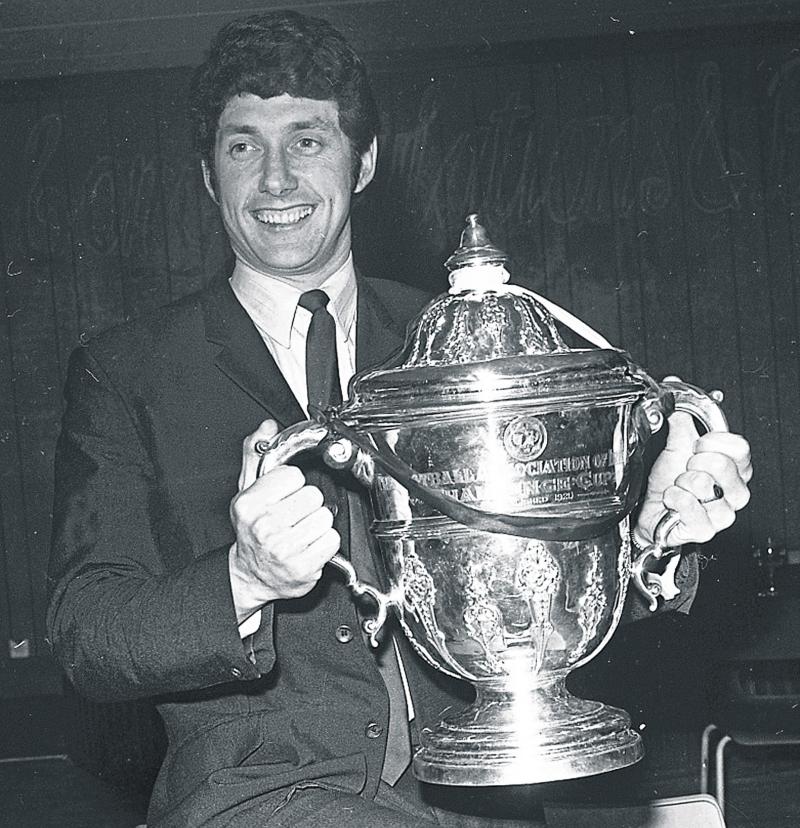 It was an RTÉ Sunday Sports programme with a twist. Jimmy Magee had vacated the presenters chair and was now the main studio guest as his RTÉ colleagues plied him with questions on his wonderful sporting career.

Listeners were invited to ring through with their questions, so I thought for a few moments and then made the call with a question that was put to Jimmy 10 minutes later.

The question was: “In your time in soccer, who was the most outstanding League of Ireland player?”

Jimmy took a few minutes out, jotting down names at a furious pace before coming back with his answer.

“Paddy Coad was an exceptional player with Waterford and Shamrock Rovers, and Tommy Eglinton was not far behind. Nearer the present day, Frank O’Neill and Liam Touhy were brilliant Rovers wingers, while Mick Leech was a scoring machine, and Tommy Hamilton was a supreme playmaker.”

Now warming to the task, Jimmy stayed with Dublin as he rattled off names.

“Ronnie Whelan Snr was a terrific inside-forward with Pats, while Willie Browne of 'Bohs' was a gifted amateur who played for the full international team on three occasions.

From Shelbourne, Freddie Strahan was a tremendous centre-half while Big Ben Hannigan was both a gifted inside-forward and one of the League’s all-time great characters. Both with Bohs and Dundalk, Turlough O’Connor was sheer class, while Brendan Bradley scored goals for fun for Finn Harps.”

“Down Waterford way, Alfie Hale, Johnny Matthews and Peter Thomas stand out. Alfie was a magnificently industrious forward, while Johnny Matthews goal-scoring record was close to the top. As goalkeepers go, Mick Smyth, Eamonn Darcy, Dinny Lowry and Kevin Blount all played for years with distinction, but the best keeper I saw was Peter Thomas, a quite brilliant shot stopper – a few inches taller and Thomas would have played in the English First Division.”

“Down South, I have great memories of Flower Lodge and Turners Cross.

Cork Hibs had huge success under Dave Bacuzzi. Dave Wigginton was from the top drawer of goal-scorers, while Dave Bacuzzi himself and John Herrick were wonderful full-backs. And what of little Miah Dennehy, yet another striker supreme.”

His search for a single name had taken Jimmy on a tour of the country, weighing up all the candidates before giving his verdict.

“I have mentioned many great players but given the task of naming just one as the outstanding League of Ireland player of my generation, I would unequivocally say that for application, longevity, sportsmanship and skill, my vote would go to the incomparable Al Finucane who was a supremely gifted defender over an incredible lifespan in League of Ireland history.”