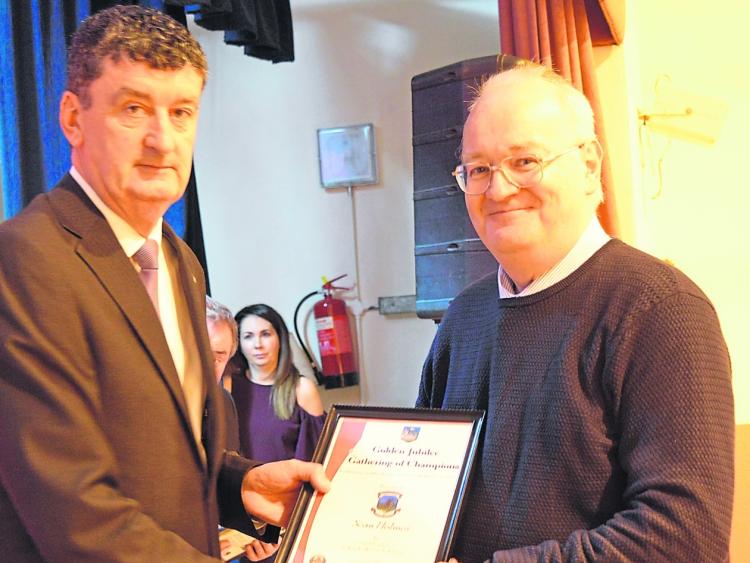 TRIBUTES have been paid to Limerick U20 football selector Sean Holmes, who died suddenly this Wednesday.

The popular Oola man was a selector with the Limerick team that beat Tipperary and then lost in the semi final to Kerry in the Munster U20 Football Championship just last month.

Sean is survived by his wife Patricia and sons John and Alan and extended family.

Sean's brother Denis is a former Limerick GAA chairman and currently the County Board Coaching and Games Officer.

As a player with his native Oola, Holmes won a Limerick SFC medal from wing forward in 1979 when the east Limerick men beat Askeaton in the final.

"He was a good one," said Limerick GAA chairman John Cregan.

He added: "He is a loss to his family and a loss to Limerick football".

"He was a fit, healthy man and one so willingly to give of his time," said John Cregan.

"Sean was a great GAA man. He had a great interest in football in particular and what I would remark about him is that he had a tremendous knowledge of players and would follow their progress from underage and identify them."

Cregan continued: "He made a huge contribution and comes from a great GAA family".

"We are very confined as to how we can show our solidarity and support given the coronavirus restrictions in place but we will do whatever we can until another time."