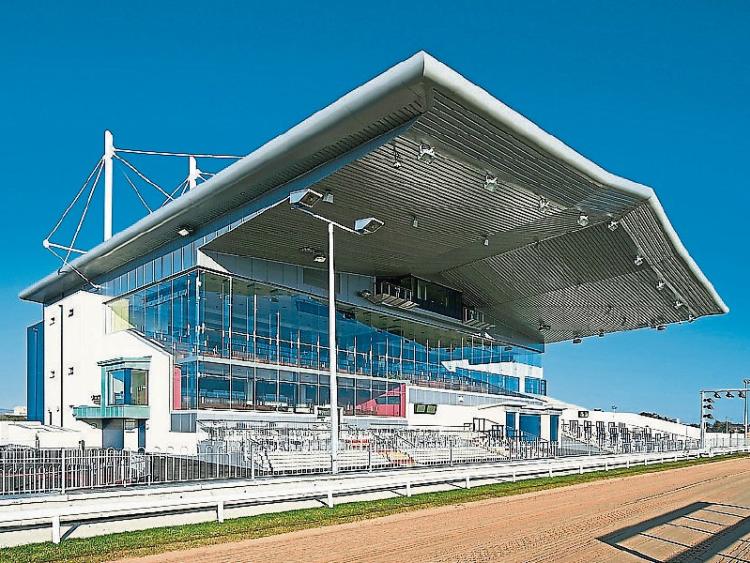 RACING in Limerick Greyhound Stadium was among the live sport to continue across the last week.

Due the regular coronavirus restrictions, both Thursday and Saturday cards were behind closed doors. Greyhound enthusiasts can watch the racing online via www.igb.ie

There was on3 final in Limerick on Saturday.

The ON3 525 was won in 29.09 by Blastoff Apache for Philip Buckley. The winner had six lengths to spare on the line. Second was Tullig Winx for Patrick and Morty Ahern.

Earlier in the night, the Pat Conway trained Bucahaill CoCo was a sprint winner. The Darren O’Shea and Kieran O’Brien owned runner won in 19.41. Just beaten on the line was White Hole for Gerard Ryan.

Brian Johnson and Michael Webb had Frankies Jet as an A0 525 winner. In 28.81 the winner was three and three quarters of a length clear on the line. Second was Madams Belle for Brenda Peters.

Another sprint winner was James Kelly with Gurtnacrehy Hope. The 350 was won in 18.99. Four lengths back in second was Athlacca Jet for Noel Neenan.

An A8 525 went to Straight Talking for Co Clare owner Leo Kelly. His runner had three lengths to spare in a time of 29.65. Beaten into second was Honeypound Leah for Michael Carmody.

Corrough Fox was an A4 525 winner for Michael Curtin. The winner was a length and a half clear on the line with a time of 29.12. Second was More Spirit for Ann O’Donnell.

There was an A6 525 win for Willowdale Max. The Brian Nolan and Shane Hourigan owned runner had a length and a half to spare in a time of 29.46. Second was Keeperhill Sally for Barbara Rees Jones.

Mystical Luna won an A5 525 for Eoin Troy. The journey from west Clare was made worthwhile with a run of 29.19 to secure a three and a half length victory. Second was Ballygibba Grove for Kilmallock’s Billy Guiney.

Sheriff won for trainer James Roche in an A3 525. The Martins Gang syndicate runner won by four and three quarter lengths with a time of 28.94.

The final race of the night was an A2 525. Flag Raised won in 29.10 and by half a length for Michael O’Regan. Second was Mohane Vicky for Cormac Davern.

Fastest into the final was Magical Dave in 28.75. The Patrick and Sandra Guilfoyle runner was all of 11 and a half lengths clear on the line. Second and third were also through to the final – Rallying Joe for Sean Stack and the Rallying Racing syndicate and Liosgarbh Carrie for Anna and Brian McLoughney.

The other semi final was won in 29.55 and by one length by Newinn Winx for trainer Julie O’Connell and owner David O’Connor. Second was Glenadda Mambazo for Robert O’Shaughnessy and third was Kilmacow Kid for Karen Sheehan and Jack Burke – both greyhounds also through to the final, along with semi final winner Newinn Winx.

Last Thursday, there was a 10 race card.

The opening race of the night was an A5 525. Oola’s Susan Hayes had Orlando Breeze as a one length winner. The winning time was 29.33. Second was Mine Ceol for Mary and Frank Browne.

Vote Local was a winner for Willie Kett and Mary Crotty in an A6 525. The winner was 12 and a half lengths clear with a time of 29.38. Back in second was Sopwell Salah for Christy Morgan.

An A2 525 went to Ballygibba Spray for Kilmallock’s Billy Guiney. His runner had two lengths to spare in 28.98. Second was Mohane Gent for Cormac Davern.

John and Seamus Rainsford of Caherconlish had Adamant Dempsey as an A4 525 winner. In 29.54 the winner just won on the line. In second was Ballinulty Spark for Michael O’Brien.

Rockvale Ranger for David Egan won an A5 525. The winner had three lengths to spare on the line with a time of 29.38. Second was Elms Tree for Michael O’Meara and Martin Butler.

An A4 525 success went to Noel Moroney with Tiermana Sherry. The winning time was 29.17. Beaten three quarters of a length into second was Inislosky Romeo for William Casey.

Gilti Bonnie won an A3 525 for Martin Giltinan. In 29.01 the winner was three and three quarter lengths clear on the line. Second was Velcoro for Declan Beary and trainer Julie O’Connell.

Breda Hayes had Orlando Aidan as an A1 525 winner. The success came with a time of 28.98. Four lengths back in second was Finnure Storm for Denis O’Malley and the Finnure Storm syndicate.

James Kelly had an A4 525 win with Gurtnacrehy Gift. With half a length to spare on the line, the winner returned a time of 29.22. Second was Bookies Bicycle for the Lorna and Maureen syndicate.

The final race of the night was an A2 525 – won by Mohane Rosa. The Cormac Davern runner had a length to spare on the line with a run of 29.10. Second was RiseOutOfIt for Noel Sexton.