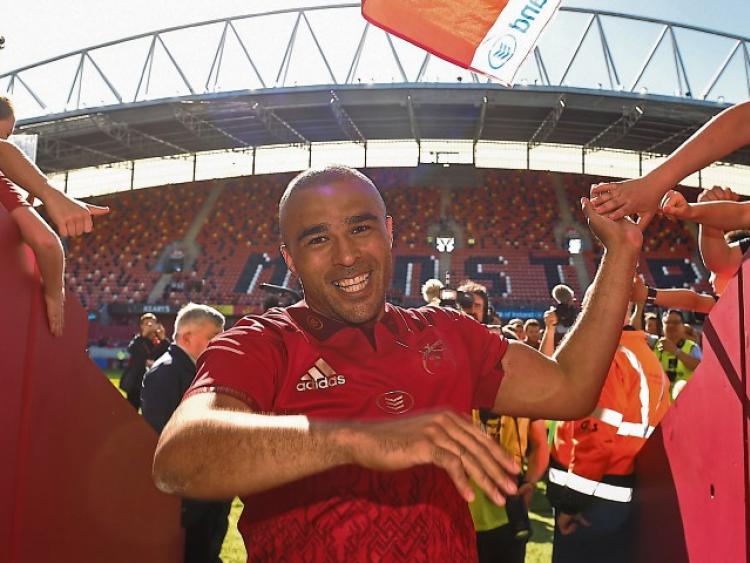 FORMER Munster winger Simon Zebo is not ruling out a return to playing rugby in Ireland at some stage in the future.

Since his move to play in France, the talented utility back has not been included in any Ireland squads, either under former head coach Joe Schmidt or Andy Farrell in more recent times.

While Zebo says both he and his family are settled into life in Paris, he is not ruling out a return to playing in Ireland.

"Obviously Paris has been amazing and it has been an incredible lifestyle change. My family have loved it and my kids have a third language," Zebo told RTE 2FMs Game On.

"There is always love I will have for Munster and playing rugby for Ireland, but for the moment I'm still contracted here and we will see what happens in the future, but I definitely won't rule it out because I miss home.

"If I get picked (for Ireland), I get picked, if I don't, there are no grudges held. I'd imagine I'd have to be playing in Munster to give myself every shout."