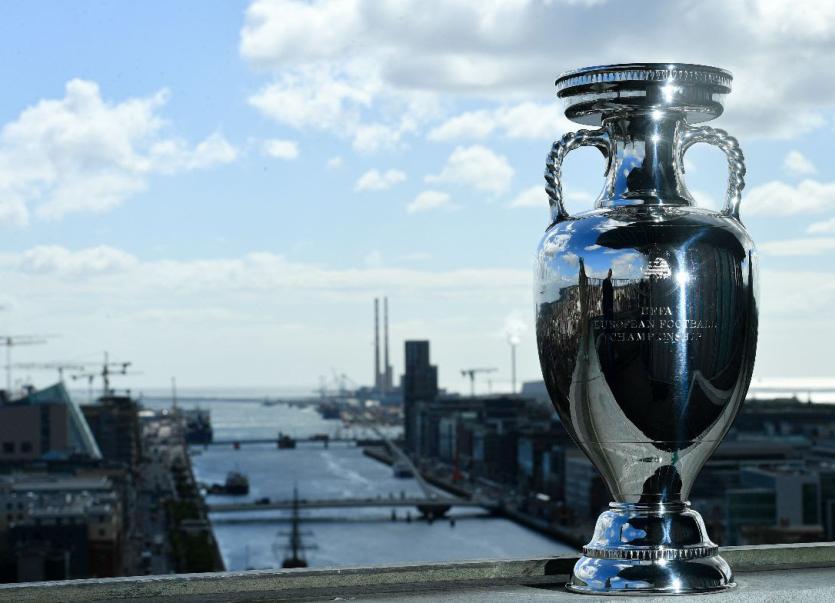 The Football Association of Ireland has today confirmed its support for the decision to reschedule the UEFA EURO 2O20 tournament to run from June 11 to July 11 2021, in reaction to the Covid-19 pandemic.

A video conference from Nyon today, with President Gerry McAnaney and Interim C.E.O. Gary Owens representing the FAI, heard the following:All UEFA competitions and matches, including friendlies, for club and national teams, men and women, have been put on hold until further notice.

Ireland’s Play-Off Semi-final against Slovakia is now planned for a date between June 1 and 9. The four UEFA EURO 2021 games to be hosted in Dublin are now planned for Aviva Stadium in the summer of 2021.

UEFA have reassured all existing ticket buyers and hospitality clients that if they cannot attend the tournament in 2021 then packages will be refunded in full.
UEFA have produced a number of different scenarios on dates when football can resume with a strong desire to complete all winter-season domestic competitions by June 21st to 28th.

As a result of the deferral, UEFA Women's EURO 2021, the 2022 FIFA World Cup Qualifiers planned for June 2021 and the 2021 UEFA European Under-21 Championships will all be rescheduled.

UEFA have created a working group to continuously manage the football calendar in a very difficult situation. Any changes will be communicated as soon as possible.

As part of the plan, UEFA have secured the release of players for all rescheduled international matches.

FAI Interim CEO Gary Owens said: “UEFA has made the right decision today in the interests of the health and well-being of football players, fans and staff alike.

“We support this decision and we look forward to working with all our stakeholders on reorganising UEFA EURO 2021 for Dublin next year. We would like to thank all our partners – the Government, Dublin City Council, Aviva Stadium and all the agencies and partners who have worked really well with us on the UEFA EURO 2020 project for the last few years.

“We have agreed with these partners that we will now begin to plan together for the four UEFA EURO 2021 games here next year which will be the Centenary year of the FAI.”

FAI President Gerry McAnaney added: “The health of the community is of paramount importance to the FAI so we support this decision by UEFA today.

“The most important thing now is for football to work together during this pandemic. I appeal to our players, supporters and staff to look out for each other and to follow the HSE guidelines at all times.

“Irish football will return and we have much to look forward to now in the coming months and in welcoming Europe to Dublin in our Centenary year of 2021.”