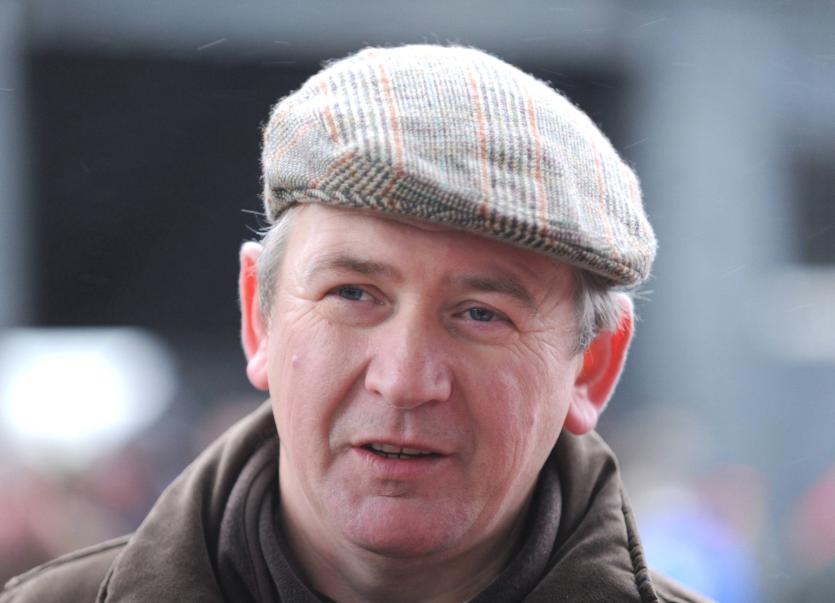 EXCITING young jockey Kevin Brouder says his Limerick-trained mount in today's Grade 3 stg£100,00 Coral Cup Handicap Hurdle at the Cheltenham Festival is the 'best jumper' he ever sat on.

Brouder will partner Thosedaysaregone for Ballingarry-based handler Charles Byrnes in the two miles and five furlong contest,  which is due off at 2.50pm on Wednesday.

Thosedaysaregone was an impressive winner of the coveted Grade B Ladbrokes Hurdle at the Dublin Racing Festival at Leopardstown at the start of last month.

In all, Ballingarry handler Byrnes has scored three wins at the Cheltenham Festival in March, the 2009 success of Weapon's Amnesty in the Albert Bartlett Novices' Hurdle followed by the 2010 win by the same horse in the RSA Chase, adding to Solwhit’s 2013 success.

This will be jockey Brouder's first ever ride at the Cheltenham Festival.

Looking ahead to his ride on Limerick-trained hurdler, Thosedaysaregone, his jockey Brouder said: "With a little bit of luck on our side, the trip, it's his first time over it, but I don't think it will faze him the way he goes through his races.

"He is lovely and relaxed, you could ride him from the front, behind, the middle, he jumps really well. He does everything right like a good horse.

"When you want him there, he is there for you, so I would be hoping we will get a good clear run around and have a good chance."

.@KevinBrouder chats to us about Thosedaysaregone in the Coral Cup.

"He's the best jumper I've ever sat on" #EveryRacingMoment pic.twitter.com/N0r5kBOkSV

Thosedaysaregone is generally a 14/1 shot with the bookies for the race which is traditionally one of the most fierce betting heats of the four-day Festival at Prestbury Park.