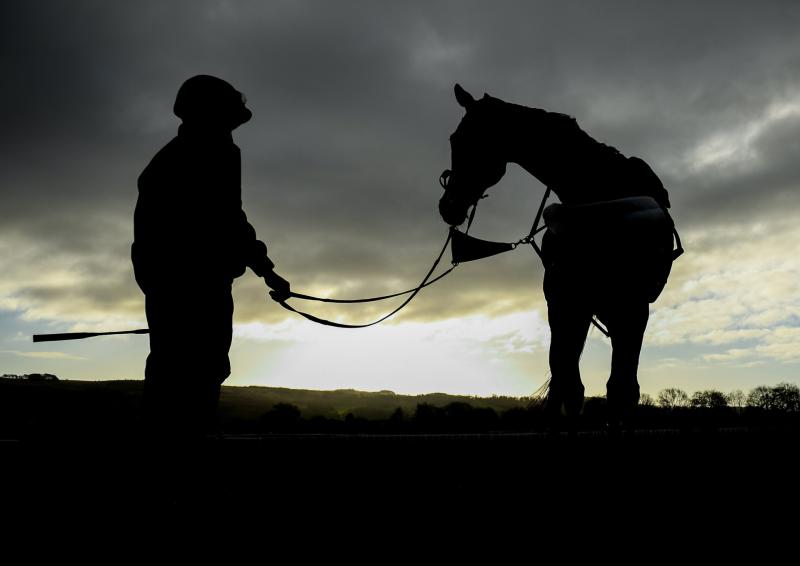 Disclaimer: the Wednesday is always a day that belongs to the bookies because a lot of favourites get turned over here.

Interestingly enough, I’m not touching a favourite here – and that’s not a conscious decision to try avoid this unfortunate trend, it’s merely that I think a lot of the favourites today are ridiculous gambles.

City Island and Topofthegame upset the status quo to open up day two last year but you could objectively say it was the best day of the lot excitement-wise.

Let’s hope for more of the same this time around. Oh, and we get to take a look at the mighty Tiger Roll. That alone should demand your attention.

If Envoi Allen gets beaten here, there’ll be a cloud of misery hanging over Cheltenham for the rest of the week and I’m happy to sidestep it.

While the step-up to this trip should be no problem for him, this could be a three-mile race and you’re going to need something that stays very, very well.

That side of him remains untested.

Sporting John is a massive hope for JP and co, but my attention has turned towards Colin Tizzard and his chaser-in the-making The Big Breakaway.

He’s an imposing type who’s bred to stay and he should easily pick up a place when the rest are struggling off the bridle. I’m not even sure this son of Getaway knows what the bridle is.

One of my biggest fancies of the entire festival is Minella Indo.

You cannot build a horse more perfectly for the RSA than this, but we’ll come back to him in a minute.

Not to bad-mouth anything JP brings over, but Champ looks the worst favourite of the entire meeting and Copperhead, who’s third in the betting, has progressed, I believe, to a static point in his career.

He’s very slow and probably needs about six miles. He’s come from absolutely nowhere to be a right player in this and that’s a credit to the training performance, but this is a step too far for him in my mind.

Allaho is the primary danger but I give Minella Indo the clear advantage as he’s a better jumper. Minella Indo, already a Festival winner, eats the hill, and that comfort in familiarity will pay off as he’ll be given a patient ride with cover – a situation in which he has the best chance to put this to bed.

This is a case of Chacun Pour Moi, I think.

Defi Du Seuil is the best horse in the race, but I think it’ll come to a point where he’s not versatile enough to give Chacun Pour Soi a lead up top.

The latter is the best jumper of a fence among these, and if he gets into a rhythm, I don’t see Defi being close enough to burn him on the flat – which he generally would, all things even.

Altior was the elephant in the room of course. He’s the best horse in this on ratings and rightfully so. Nicky Henderson reported on Sunday that he turned up lame, and now he's had to pull him out. It's still a huge enough clash to whet any national hunt appetite.

I'd have worried in any case that the latter two would be too far off a front-running performance from a supremely-talented Willie Mullins future star and the race will be handed to him on a plate.