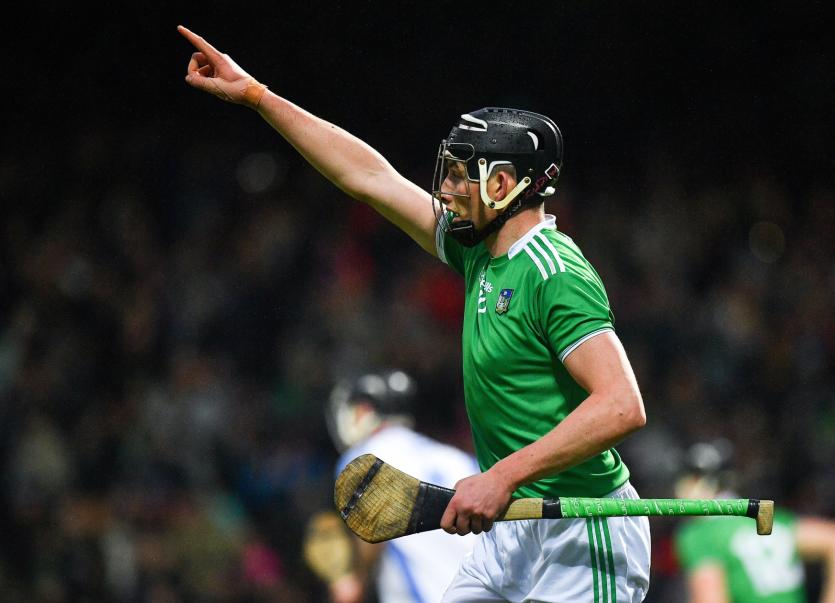 The St Patricks man had just scored 1-5 from play in Limerick's 1-21 to 1-17 win over Waterford to reach the semi finals of the league.

"A good evening’s work - I suppose the main objective tonight was to win the game and top the group and get into the league semi final with a bye-week next weekend so job done," outlined the towering wing forward.

"It was a massive battle, especially out around the middle third. We know how good Waterford are - they have had it tough last year and the year before but you don’t become a bad team overnight so we knew they were going to bring a massive battle to us especially in intensity and tackling," he explained.

Limerick were eight points clear inside the final quarter but Waterford hit six of the final eight scores to narrow the gap.

"We just about got over the line there at the end, when they came back strongly - the final whistle was blown at a good time I would say."

"I was struggling to get on the ball before that and there was a long ball hit in on top of David Dempsey and I knew he is decent in the air so I made a run off him and sometimes they come off and sometimes they don’t so I was lucky enough that it came off and it was a good finish in the end," he recalled.

Limerick are now two wins from retaining the league crown for the first time since 1984 and '85.

"Every competition we are in, we want to win - it’s as simple as that," said Hegarty.

"We are not thinking about the All-Ireland now - that is a good few months down the line. It is all about the league at the moment."

He explained: "Hurling into March and hurling for that full month before then going into the club month, gives you extra hurling - we are now guaranteed at least two more weeks training before the league semi final".

On May 17, Waterford will return to the LIT Gaelic Grounds for a Munster SHC tie.

"Waterford are a great hurling team and I am sure that was a good game to watch in tough conditions. In a couple of months down the line it will be much better conditions for hurling and you will see another great game of hurling."