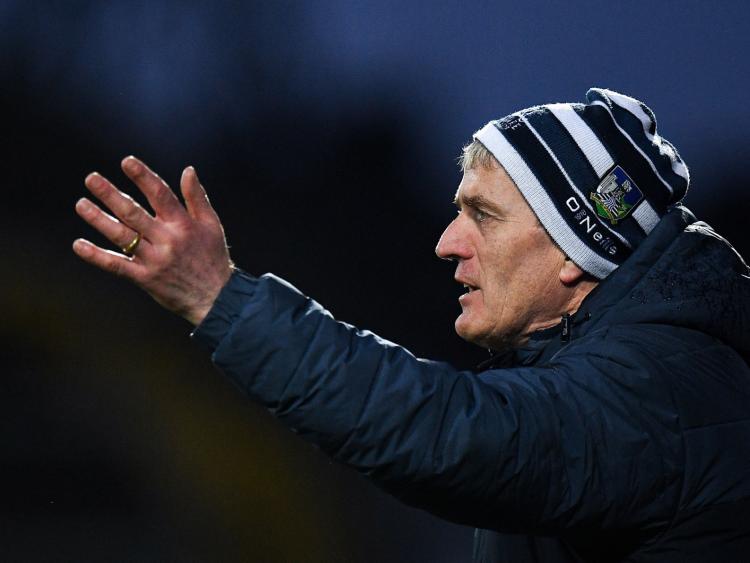 LIMERICK are now two wins away from back-to-back Allianz Hurling League titles for the first time since 1984-'85.

"I am happy with that performance - I still think there is a little dead leg in us at the moment," said Kiely after the 1-21 to 1-17 win over The Decies in the LIT Gaelic Grounds.

"A good performance overall - I am happy with it."

He explained: "We are after working really really hard and at times fellas had to dig deep to find the energy to track runs because they carried the ball extremely well down the middle of the field - they had runners off the shoulder, right left and centre and that takes huge energy and work-rate to track them runs over and over again. We put in a huge amount of tackles out there and used the ball well and created a lot of scoring chances - didn’t take them all and a few times it broke down just because of a handling error or poor touch and but for that we would have been a little bit slicker."

Limerick are just one week home from a Portugal training camp and the manager feels his side are lacking some freshness.

"There is still a bit of dead leg in the system this week where fellas are a little bit tired and we have a lot of bugs at the moment as well - our players are like every other group of people and they pick up something along the line."

Limerick and Waterford were both guaranteed progress in the knockout stages ahead of this final group game with a semi final spot the prize for the winner - no bearing on performances according to the Limerick manager.

"When you are on the outside looking in, you would be looking at all these different factors but when you are in the inside, you are not looking out - you are only looking at yourself and every day that you go out, you try to be the best you can be and every player wants to be the best he can be every single night and the team goes out to be the best team they can be every single night. Conditions weren’t exactly ideal out there either so fellas will drop a ball because of the conditions when it’s windy and wet and they will have a poor touch off the stick or miss a pick-up because the grass isn’t as lush or the ground just not perfect so we have to be forgiving of the players in those circumstances because they are trying to do everything at such high speed," said Kiely.

"The endeavor of both sides was very commendable and work sides worked extremely hard," he added.

What of Man of the Match Gearoid Hegarty, who finished with 1-5 from play?

"When you hurl for 40-minutes, he did ok," smiled the manager.

"He was slow getting going and in the first 15-20 minutes he struggled to get on the ball but he worked his way into the game and that’s down to experience now as well and takes patience and a bit of savvy to find himself in the right positions to get to the ball and get the rhythm going and not to panic. He had a fantastic game there is no doubt about that - one of his scores down along the sideline was just mesmerising. He is in great form at the moment and working really hard like the rest of the group," said Kiely of the St Patricks clubman.

"There are different guys popping their heads up every week so that’s always a positive."