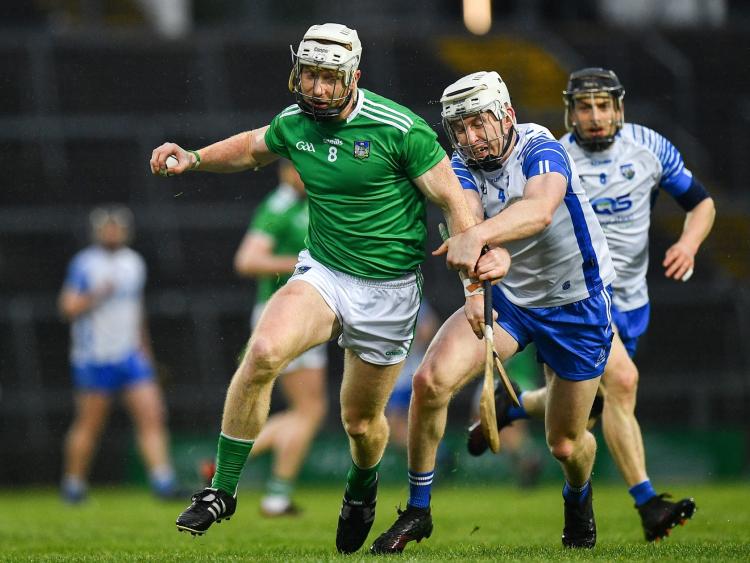 CHAMPIONS Limerick made it five wins from five to power into the semi finals of the Allianz Hurling League.

Limerick were 1-21 to 1-17 winners in this rematch of the 2019 league final against Waterford.

Man of the Match Gearoid Hegarty with 1-5 and Graeme Mulcahy's four points ensured Limerick remain unbeaten in the 2020 season in front of an attendance of 9,097 in the LIT Gaelic Grounds.

Limerick had an eight point lead at one point but won out by four.

Limerick were 1-8 to 0-7 ahead at half time after a start-stop opening period.

John Kiely's men were six points clear after a 27th minute goal for Gearoid Hegarty but Waterford hit three of the final four points to ensure just four points between the teams at the break.

It was a half when the sides evenly shared 12 wides and Waterford had the aid of a gentle breeze but hit just one point from play in the 38-minutes of action, compared to 1-5 for Limerick from play.

Limerick were fastest from the blocks and were 0-3 to 0-1 ahead when David Dempsey had the first score from play in the game's 8th minute.

It was the 12th minute when Jamie Barron had the only Waterford score from play in the half and that left this tie, 0-4 to 0-2.

Three points from Graeme Mulcahy between the 12th and 26th minutes moved his side 0-7 to 0-4 ahead.

Then came the first half goal - Cian Lynch lofting a ball goalwards down on top of David Dempsey and he won his battle and just as quickly off-loaded possession to the in-rushing Hegarty who finished to the net from close range.

Six points between the teams now but Limerick hit just one more score in the remaining 11-minutes that were played - a second Dempsey point.

Mahony frees cut the deficit as the sides departed to the dressing room and out of the light but constant rainfall.

It took Waterford just 25-seconds to reopen their account in the second half but the scores dried up afterwards.

After 10-minutes of the new half the sides had just two point each to leave it 1-10 to 0-9 - David Reidy with a Limerick point from play in this spell.

Four successive points, including two for Hegarty, had Limerick seven clear for the first time - 1-14 to 0-10 and 19-minutes lapsed in the second half.

Waterford found a score in response but Gillane and Paddy O'Loughlin points from play had the advantage out to eight points.

The reply was important and Hegarty's fourth score and a second from play for Gillane left it 1-18 to 1-11 inside the final 10-minutes.

Hegarty had two late points to seal the win and semi final passage for the men in green despite Waterford scoring six of the last eight points.