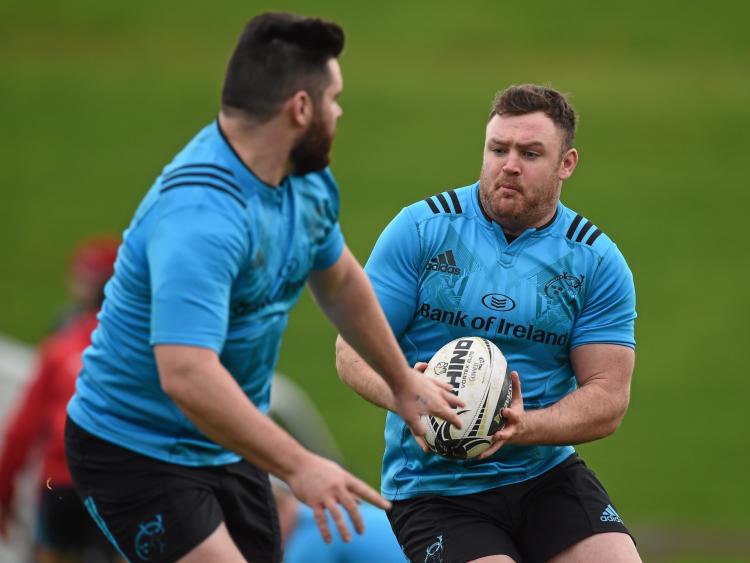 Munster Rugby and the IRFU have today confirmed that Dave Kilcoyne and Kevin O’Byrne have signed contract extensions with the province. Loosehead prop Kilcoyne has signed a three-year extension with hooker O’Byrne signing a two-year deal.

Former Ardscoil Ris and UL Bohemian, Kilcoyne has scored 21 tries in 182 Munster appearances and has earned 39 Ireland caps, including five Rugby World Cup appearances this year. The Limerick man has featured in all 10 of Ireland’s most recent internationals.

A product of the Greencore Munster Rugby Academy, the UL Bohs clubman made his senior debut against Connacht in December 2011 and won the British & Irish Cup with Munster A in 2012. He made his European debut in October 2012 away to Racing 92 and started in 7 of Munster’s 8 European Cup games that season. Kilcoyne earned his first Ireland cap against South Africa in November 2012 and made his 6 Nations debut later that season. He was named on the 2013/14 PRO12 Dream Team and featured in 30 of Munster’s 31 games that year.

Kilcoyne’s 31 Munster appearances in 2016/17 were the highest in the squad and he earned a nomination for the Guinness PRO14 Dream Team in 2018/19.

A product of Highfield RFC, O’Byrne captained the Munster U18 Clubs side for the 2008/09 Interpros and was part of the Highfield U18s All Ireland winning squad in 2009.

He has also lined out for PBC, UCC and made his Munster debut against Edinburgh in September 2014. O’Byrne played a key role in Munster A’s British & Irish Cup-winning campaign in 2016/17 and was a try-scorer in the final win over Jersey Reds.

His Champions Cup debut came against Racing 92 in October 2017 and he went on to make his first European start in the victory over Leicester Tigers at Welford Road two months later.

O’Byrne was awarded Man of the Match on his first two starts of last season and made a career-high 18 appearances over the campaign. Continued his fine run this year and has played in all six Champions Cup Pool games, featuring in 18 of Munster’s 19 matches so far this season.