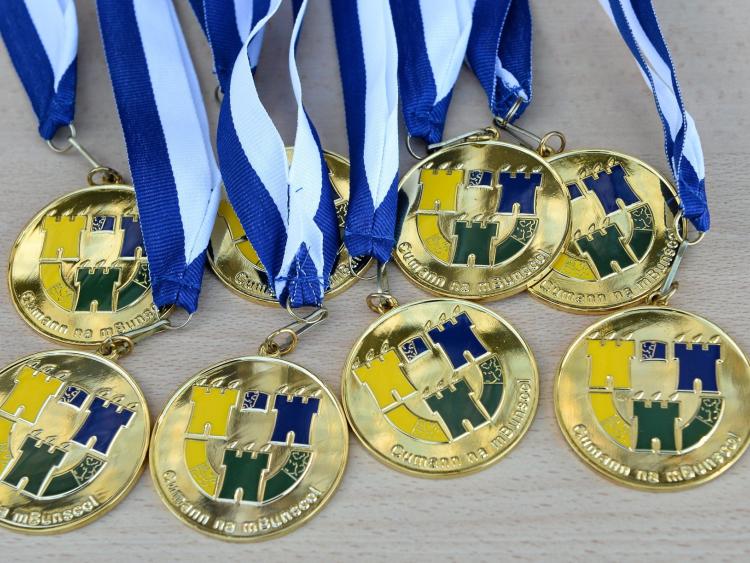 THERE are a number of Limerick nominees for the Cornmarket Cumann na mBunscol Awards, which take place this weekend in Thurles, Co Tipperary.

"These Awards, sponsored by Cornmarket Financial Services, are coveted by schools and counties all over the 32 counties of Ireland," explained Allianz Cumann na mBunscol Luimnigh chairman Joe Lyons.

"In the past twenty years, we have seen levels of participation in these Awards grow beyond all expectation. The Awards recognise excellence, not just on the playing fields but in areas such as Promotion of Gaelic Games and Culture, Public Relations, Publications and Service to Gaelic Games in Primary Schools. It promises to be a great night," he said.

The Limerick magazine has been in existence since 1996 and is distributed to every primary school in the city and county and has won this prestigious award on several occasions in the past.

"No doubt, we face stiff competition from the entries from Kerry, Cork and Dublin,’ according to Ciarán Crowe, Joint Editor of the magazine.

"It would mean a lot to win this year as we embark on our 25th year of publication. The Green and White is more than just a magazine. Our website and Twitter page are very popular with followers of all ages," said Crowe.

Both schools have been shortlisted in the Best Small School category along with Thomastown NS from Tipperary. Kilbehenny NS were runners-up in this category in 2019.

Former Limerick hurler and footballer Stephen Walsh is Principal of Kilbehenny NS. Stephen and his staff have spared no effort in their entry this year. The award recognises commitment to the promotion of Gaelic Games for boys and girls. Doon CBS has been victorious in the Small School category on a number of occasions in the past, most recently in 2018.

Kilbehenny NS and Herbertstown NS have also been shortlisted in the category for Promotion of Gaelic Games and Culture. Herbertstown NS were placed second in this category last year and hope to go one better this weekend.