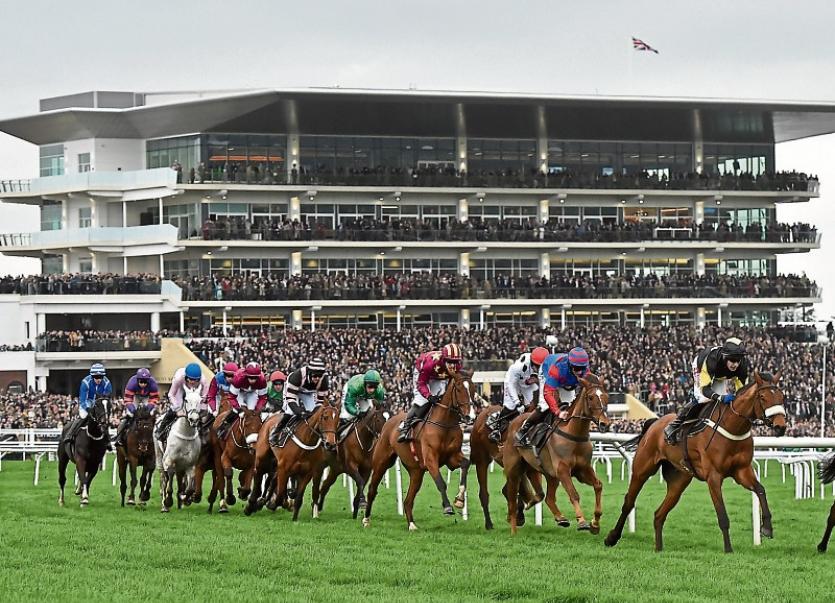 THE greatest week of the year for fans of National Hunt racing is almost here – the 2020 Cheltenham Festival will get underway at 1.30pm on Tuesday to the now annual huge roar from the packed stands at Prestbury Park.

The quality of jumps racing on offer at the Cheltenham Festival is unrivaled throughout the year, with 28 top class races spread across four days. There are 14 Grade 1 contests including the feature race on each day, Tuesday’s Champion Hurdle, the Champion Chase on Wednesday, the Stayers Hurdle next Thursday and the showpiece event of thr week, the Gold Cup on Friday, March 13.

There is plenty of Limerick interest once against the Cheltenham Festival next week.

Bruree-based trainer Enda Bolger is chasing a sixth success in the £65,000 Glenfarclas Cross Country Chase at 4.10pm on Wednesday.

Bolger is to be represented in this year's renewal by Yanworth and Josies Orders, both carrying the colours of Limerick owner JP McManus.

The pair finished third and fourth respectively behind Harrington's Neverushacon at Punchestown in recent times.

Yanworth is a 12/1 shot to make it six wins for Bolger in the cross-country spectacular next week, while Josie’s Orders is a 14/1 chance.

The betting for the race is headed by back-to-back Aintree Grand National winner, Tiger Roll. The Gordon Elliott-trained star is seeking a third successive victory in the unique event at Cheltenham as he completes his Aintree preparation again.

Twelve-year-old Josies Orders has a tremendous record at Cheltenham, having won four times – including the Festival race in 2016.

In all, Bolger has trained eight festival winners, adding three success in ‘the Foxhunters’ to his five cross country wins.

He trained and rode Elegant Lord to win the Foxhunters’ Chase at the 1996 Festival and won the race two more times with Onthefringe in both 2015 and 2016.

As well as saddling Yanwaorth and Josies Orders in the Cross Country, Bolger has a serious contender for Cheltenham Festival glory on Friday when saddling Staker Wallace in the St James’s Palace Foxhunter Chase, the race after the Gold Cup, at 4.10pm.

In a blog on the Tote Ireland website, Bolger said of 7/1 shot Staker Wallace, “We have a nice horse in the Foxhunter Chase called Staker Wallace. He has been a nightmare to keep right all his life but when he runs he is good.

”Touch wood, he is sound after his racing. He ran a very good race at Naas in a hunter’s chase. He is nine and only has the legs of six-year-old. We are hoping.”

Byrnes has enjoyed his share of high-profile success over the years courtesy of the likes of Solwhit, Weapons Amnesty, Alfa Beat and Trifolium.

Byrnes’ won eight Grade 1 races over hurdles with Solwhit, most notably the World Hurdle at the Cheltenham Festival in 2013.

In all, the Ballingarry handler has scored three wins at Cheltenham in March, the 2009 success of Weapon's Amnesty in the Albert Bartlett Novices' Hurdle followed by the 2010 win by the same horse in the RSA Chase, adding to Solwhit’s 2013 success.

Byrnes’ big hope next week at Cheltenham is with Thosedaysaregone in the Grade 3 stg£100,00 Coral Cup Handicap Hurdle over two miles and five furlongs at 2.50pm on Wednesday next.

Thosedaysaregone was an impressive winner of the coveted Grade B Ladbrokes Hurdle at the Dublin Racing Festival at Leopardstown at the start of last month.

It was the Limerick trainer’s third successive win in the Leopardstown race.

Thosedaysaregone is generally a 16/1 shot with the layers to win the race, which is traditionally one of the most fiercely competitive betting heats at the meeting.

Once again this year, Limerick owner JP McManus will send a powerful team of horses to the Cheltenham Festival, carrying his famed green and gold hoop colours.

McManus, the most successful owner at the Cheltenham Festival, saw his colours carried to success on five occasions 12 months ago.

This time round, among a host of leading fancies for McManus at the Cheltenham Festival are Fakir D'oudairies in the Racing Post Arkle Challenge Trophy Novices' Chase, due off at 2.10pm on Tuesday next, before 7/2 shot Epatante lines up in the showpiece Unibet Champion Hurdle at 3.30pm on the same day.

On Wednesday, McManus’ Champ is a leading fancy in the Grade 1 RSA Insurance Novices’ Chase at 2.10pm, while the Limerick owner will be represented by 9/4 shot Defi Du Seuil in the Betway Queen Mother Champion Chase at 3.30pm, while his strong team of runners in the Cross Country Chase, including Easysland.

McManus’ Aramax is a leading fancy for the ‘Fred Winter’, due off at 4.50pm on Wednesday, while the Limerick racing enthusiast will be represented by the exciting Awavetothesea in the ‘Triumph Hurdle’ and Staker Wallace in the ‘Foxhunters’, both on Friday.