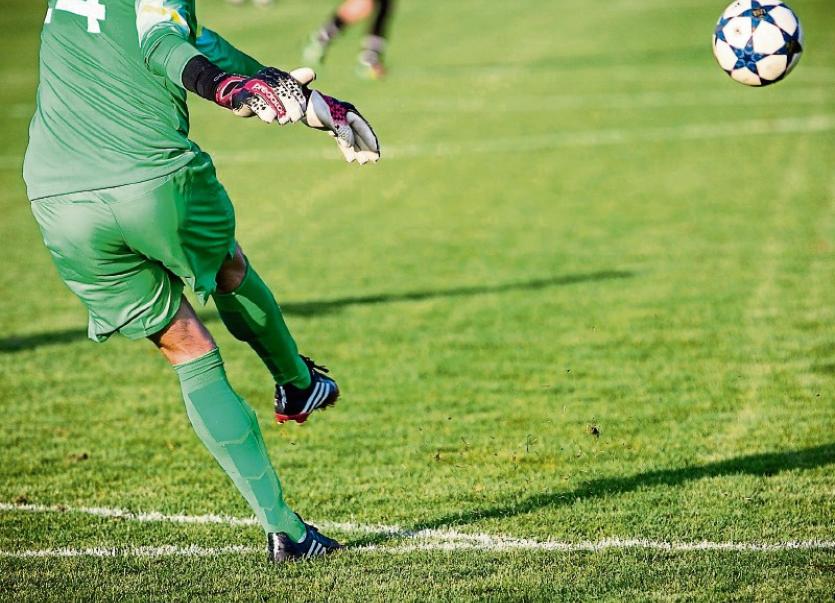 The first round of the Desmond Cup takes place on Sunday, weather permitting of course. This has always been a competition where the cream rises to the top, proof of which is that last season’s four semi-finalists constitute the current top four in the Premier Division.

Broadford United are bidding to win the Desmond Cup for the third time in four seasons. They have lost just once in the League this season, beaten 1-0 away to Rathkeale.

Glantine are on target for promotion from Division 2 and that is likely to remain their focus.

Abbeyfeale United won the Desmond Cup for the second season in a row in 2015 but haven’t won it since and might feel they are overdue. They are nicely poised in the league table and are looking forward to their Munster Junior Cup quarter-final against either St. Michael’s or Regional United B.

Shountrade are bottom of the table in Division 1 and are unlikely to have high hopes heading to Riverside Park.

Rathkeale last won the Desmond Cup two seasons ago, beating Abbeyfeale United in the Final, as they also did in the League Cup Final. They are through to the Munster League Champions Trophy Final after coming from behind to deservedly beat Doolan’s Cow last Sunday and they are unbeaten in the Premier Division.

The contest marks a big step up in class for Breska Rovers B, who are third from bottom in Division 2.

This is the only all-Premier clash and so is the hardest to call. Newcastle West Town came out on top when the two sides met in the league, winning 2-1 at home. They are two points behind Kilcornan in the table but have three games in hand. Home advantage should help to swing it for Newcastle West.

Adare United have yet to record a victory after eight games in the Premier Division and so a win against Knockaderry would be a big morale-booster. It won’t be easy as Knockaderry have proved to be capable of decent results such as the 3-0 victory at home to Division 1 promotion hopefuls, St. Ita’s, but Dermot Costello’s men get the nod to come out on top after a tough battle.

Granagh United’s last outing was a 4-1 defeat away to Broadford United at the beginning of February but they should expect more joy from the visit of Broadford United Reserves, whose focus will be on challenging for the title in Division 2.

Athea United have rallied after losing four of their first five games in Division 2. They haven’t lost a league game since and are now in a comfortable mid-table position. Likewise, Creeves Celtic have improved from losing their opening three league games to winning three of the last four.

Both Glin Rovers B and Newcastle West Town Reserves have had mixed results in their respective divisions. I will go with Glin Rovers B to strike a blow for the bottom division.

The League table favours St. Ita’s, who are 12 points ahead of Rathkeale B, who have a game in hand. When they met in the league, St. Ita’s won 3-2 at home.

Abbeyfeale United B, propelled by top scorer, Joe Weir, have a decent side when they get them all together and have already beaten Mountcollins 2-0 at home.