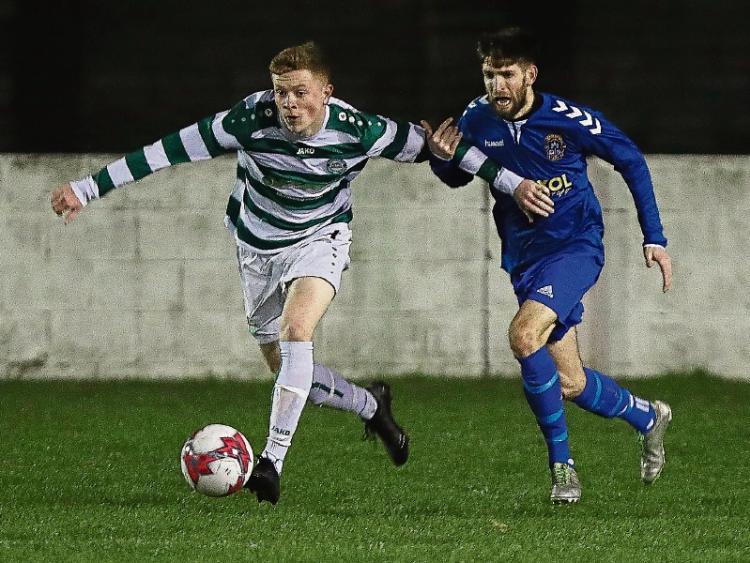 Three Limerick sides are in Munster Junior Cup quarter final action over the weekend with most eyes again focusing on the local derby between Pike Rovers and Fairview Rangers.

The sides have met twice over the last few weeks with Fairview coming out tops on both occasions by the narrowest of margins.

Following a 1-0 win for Fairview in the FAI Junior Cup, the sides met again last week in the Tuohy Cup semi final and after a strange game, it was the Blues who came out tops again.

However, concession of a 44th minute goal seemed to throw the Hoops out of sync and in the second half they could hardly put two passes together.

They will have worked on that before Sunday’s game so we’re starting at zero again.

Fairview have been impressive in their victories and they will be all out to make it three in a row.

On Saturday Aisling travel south to take on Coachford. The Cork side dispatched Regional Utd in the previous round and fancy their chances at home to the Limerick side.

Aisling Annacotty have been in fine form and with the perfect mix of youth and experience also have good reason to be positive.

Striker Shane Clarke has shown again he has lost none of his goal scoring sense as I’m sure the watching Coachford “spies” will have noticed on Sunday.

With so many players rising to the occasion when selected the Manager will have a hard time selecting his XI for Saturday.

Aisling Annacotty carry Limerick hopes for FAI Under 17 Cup success to Cork on Sunday when they face Douglas Hall in the quarter final. The Annacotty side have a hugely talented bunch of players and with a little luck could go all the way in the competition.

In the Premier League Geraldines take on Nenagh in Garryowen with the visitors more in need of the points than the home side.

Nenagh are uncomfortably close to the relegation spots and while they have shown an improvement in their last couple of games, getting free of the drop zone often proves most difficult.

Ballynanty Rvs will be expected to beat Kilmallock and take over top spot in the Premier League. The Blues will be itching to get back to action and they meet a Kilmallock side who have improved considerably since Niall O’Riordan took the reins.

Two teams rooted in the relegation battle are Prospect Priory and Coonagh Utd and they meet in a game of vital importance to both sides.

The Premier A League has some important games affecting the top of the table. Leaders Charleville face a rejuvenated Carew Park who will relish the opportunity of lowering the colours of the Cork side. Waiting for Charleville to slip up are Moyross who visit Cappamore and Newport in a home game with Corbally Utd. Holycross v Fairview Rgs B makes up the schedule.

In an exciting promotion battle in McGettigans Div 1A leaders Castle Rvs will be favoured to beat Shelbourne to stay ahead of Kilfrush who face a tough test in Lee Estate versus Star Rvs.

Summerville Rvs v Hyde Rgs and Southend will be hoping for a slip up by the top two when they face Summerville and Ballylanders respectively.

Division 1B leaders look to increase their advantage at the top of the table when they host Glenview Rvs.

The top of the table in Division 2B is bound to have a different look after the weekend with two huge games. Lisnagry will be expected to win at home to Abbey Rvs while Fairview Rgs C take on Aisling Annacotty D.

Two quarter finals of the Open Cup are listed for decision. Castle Utd welcome Parkville B and Knockainey B host Wembley Rvs B.

Tomorrow (Thursday) the Premier A O’Halloran Cup continues when Hill Celtic take on Athlunkard Villa in Jackman Park at 7pm.