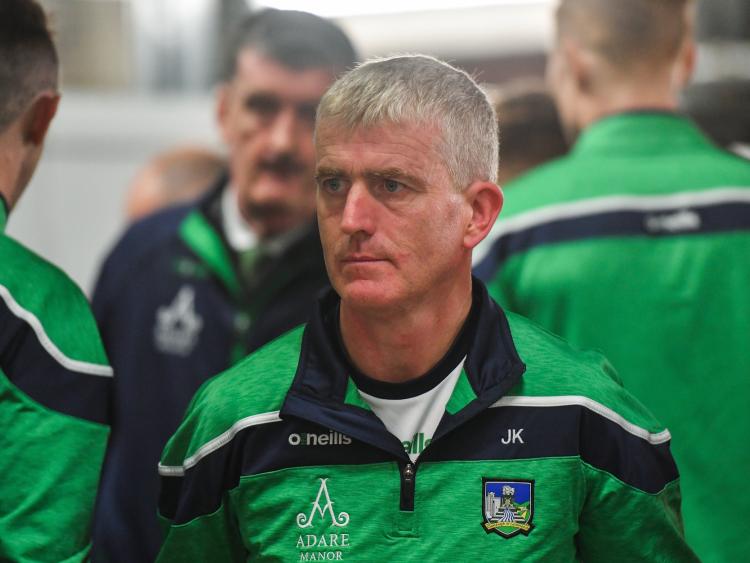 LIMERICK are certainly leaving no stone unturned in preparations for the 2020 championship.

Less than 24-hours before last Sunday’s Allianz Hurling League game the Limerick players and backroom team arrived back into Ireland after a five night warm weather training camp in Portugal.

It’s the first time that Limerick under John Kiely’s management have been abroad for a training camp. As a group, they have been to Boston and New York for Super11s Hurling Tournaments and they had team holidays in Cancun and Barbados but last week’s trip was all about preparing for the 2020 Munster SHC.

Depending on the success of the relevant year, Limerick have often had two or three weekend training camps in recent seasons in Johnstown House Hotel And Spa in Enfield, Co Meath or Fota Island in Cobh, Co Cork but going abroad is a new venture.

Not a new venture for Limerick GAA of course – it’s over 15 years since Liam Kearns’ footballers were among the trailblazers with a couple of days abroad in the sun as they attempted to get over the line in the Munster SFC.

A training camp abroad is no guarantee of success. Waterford are the only county not to have progressed out of the new-look group system in the Munster SHC for the last two years and on both occasions they had been abroad for warm weather training in the Spring.

On the flip side, Tipperary were in Alicante this time last year and went on lift Liam MacCarthy Cup honours.

A sunny 18-degress in Portugal is certainly a nice change from Storm Dennis or Storm Jorge and the floodlights of Mick Neville Park or UL.

Training camps abroad have been a bone of contention in recent reasons – in 2018 Laois and Armagh were penalised by Croke Park officials for trips abroad and permission is now required in advance from GAA Headquarters with the main intention of protecting club games.

To be fair, Limerick are one of the counties that have in the past, and will again this year, played club championship games in April – two rounds of hurling and two rounds of football are planned for next month.

The training camp was planned for between the penultimate and final round of group games in the Allianz Hurling League. Storm Dennis changed all that and Limerick’s league schedule has been somewhat stop-start – back-to-back games to start and then three weeks off before three successive group games, which concludes against Waterford this Saturday.

All in all, Limerick have got a large body of work completed throughout February with games on just February 2 (Galway) and February 23 (Cork) and the month ending with the stay in Portugal.

“We had a fantastic week - it worked really well. We got five pitch sessions in - you can’t get that done here in two and a half weeks. And, we had all the other types of meetings, and video work. We are time starved here at home. We only have them on a Tuesday night for two hours and again on a Friday night for an hour and a half and you can’t kill them too much because you have games coming around the corner,” explained John Kiely of the training camp.

“You would be surprised how much you can get done in a day with a training session in the morning and then maybe some video work and then a meeting and maybe a later session of a different nature in the afternoon. There was huge value in doing what we did.”

Only time will tell, if Portugal will be referenced as an aid to ultimate All-Ireland glory next August in Croke Park.