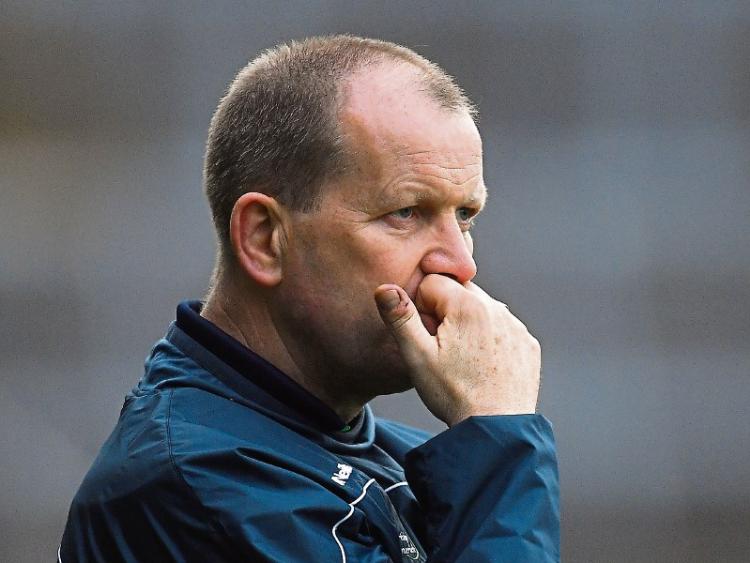 “No one goes unbeaten so it had to happen sometime.” Limerick football manager struck a philosophical note as his side's winning streak of seven, three in the McGrath Cup and four in the National League, came to an end against Antrim in Portglenone on Sunday. “It's a matter now of how we respond to that. It's all good when you get on a vein of form and winning games. Now we have to pick ourselves up.”

The fifth round tie against the pre-season favourites for promotion was always going to pose the most difficult question of his team's campaign, especially when it entailed a six-hundred-mile round trip for most of them. “Away games are difficult at the best of times, especially coming up this part of the world. It's a long journey, a long two days here and back, and it does impact on the players.”

A promising first half gave no indication of what was to come when Limerick face into the blustery wind after the break. “While we were ahead by two points at half-time, I felt we weren't doing all the things we could have been doing. We spoke about it at half-time and we tried to correct it but we turned over some ball and then we left ourselves open at the back as we tried to pull the game back.”

However, Lee was consoled by Limerick's spirited attempt to pull themselves back in the final quarter. “But I wouldn't criticise the lads for giving it a go. We never stopped trying and that's an easy thing to do when you are being beaten by that much. We kept creating opportunities, three or four goal chances, but maybe we started looking for the goal a fraction too early. It was a new experience. Learning how to chase down a lead without leaving ourselves open is something else the team has to figure out.”

Conceding easy possession was Lee's biggest disappointment against a side with the best finishing quality Limerick have faced this season. “The first goal came from a turnover and the second from a misjudgement, two scores you wouldn't want to be giving away. Credit to Antrim, they were the most cutting we've met this year. Their forwards were very nifty and pacey and they had a load of support runners coming up from many angles of the field. And where you're pulling ahead, you get the confidence to make the right decision, to execute it well. Coming up to the closing minutes, they'd shot only two wides in the whole game.”

Despite this setbcak, Limerick still top the table going into the final two rounds, a position few outsiders expected of the side before the season began. “We've a two week break before a home game against Wexford. So we'll be looking to regroup and refocus. There's still work to be done and we have to keep our feet on the ground.”