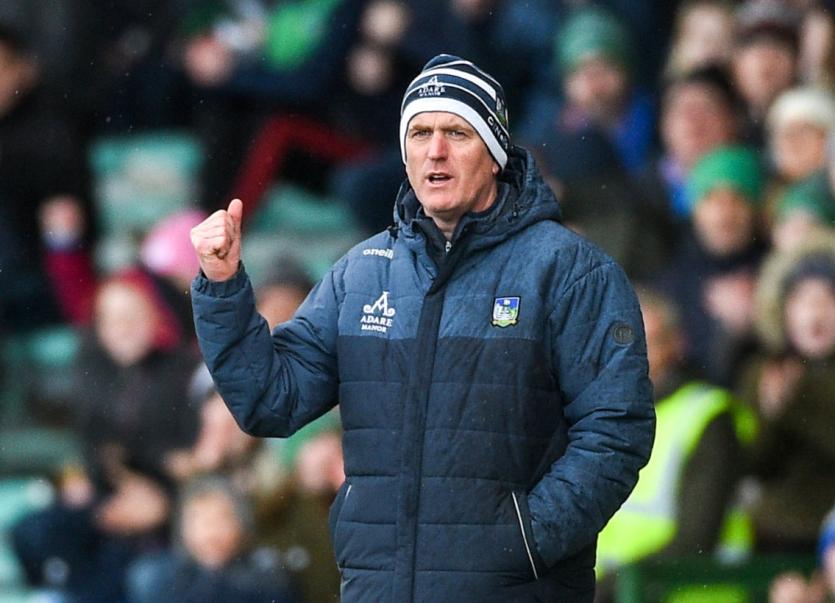 Limerick arrived back into Ireland on Saturday after a five night stay in Portugal.

Less than 24-hours after returning Limerick were nine point winners over Westmeath to confirm their progress into the knockout stages of the Allianz Hurling League.

Champions Limerick complete their Allianz Hurling League group phase next Saturday (7pm) against Waterford in the LIT Gaelic Grounds with a win or draw ensuring a direct route to the semi finals.

Defeat would mean a quarter final against Kilkenny.

“We had a fantastic week - it worked really well. We got five pitch sessions in - you can’t get that done here in two and a half weeks. And, we had all the other types of meetings, and video work. We are time starved here at home. We only have them on a Tuesday night for two hours and again on a Friday night for an hour and a half and you can’t kill them too much because you have games coming around the corner,” explained the Limerick manager of this trip abroad.

“You would be surprised how much you can get done in a day with a training session in the morning and then maybe some video work and then a meeting and maybe a later session of a different nature in the afternoon. There was huge value in doing what we did,” he stressed.

He added: “It was difficult when it was booked ended by a game on Sunday (Cork) and another game on the Sunday again (Westmeath)”.

While Limerick won by nine points against Westmeath they did look sluggish at times and needed to get four of the final five scores to ensure a fourth straight Allianz Hurling League win.

“Whilst that wasn’t our best performance today by any stretch of the imagination, there is huge credit due to the lads to come out and get the performance and put in a shift to get the result. I know people will say that we should have scored more but when you consider the amount of work these lads have done in the last seven days, that was actually an achievement in itself,” said Kiely of Sunday’s win over Westmeath, who now play Carlow in a relegation play-off.