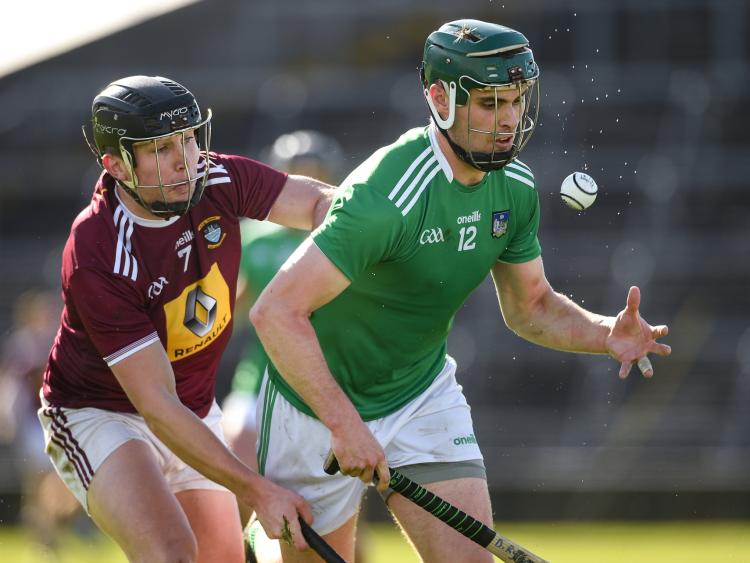 CHAMPIONS Limerick booked their place in the knockout stages of the Allianz Hurling League with this nine point victory over Westmeath.

Limerick made is a fourth straight wins in the league with the 1-24 to 0-18 victory in the LIT Gaelic Grounds.

Limerick will play Waterford next Saturday (7pm) in the LIT Gaelic Grounds - another Limerick win moving the reigning champions directly into the semi finals of the league.

Back just 24-hours from a five night warm weather training camp in Portugal, Limerick led from the start to the finish in this first Allianz Hurling League Division One tie between the counties since 1986.

While Limerick were 10-points clear in the 19th minute of the opening half, the lead was down to four points inside the final 10-minutes before four of the final five scores saw the men in green confirm the victory.

Limerick made nine changes from the side that beat Cork the previous weekend with a first ever league appearance for Josh Considine and first starts for Darren O'Connell and Brian Ryan. In the second half Brian O'Grady was introduced as a substitue for his league debut.

Limerick had to play the final 25-minutes with 14 men after a red card for Darragh O'Donovan.

After playing with the aid of the first half breeze, Limerick brought a 0-15 to 0-6 lead to the interval dressing room.

John Kiely's side had nine points on the scoreboad before Westmeath opened their account in the 18th minute and that's the lead that the men in green held at the break.

Tom Morrissey and Seamus Flanagan had two points each as Limerick went seven points ahead inside the opening 10-minutes and before the first wide, of three, was struck.

David Reidy had eight points in the half - one from play in the 19th minute to leave the scorebaord 0-11 to 0-1.

Then came a Westmeath purple patch - helped by two fine points from lineballs by Derek McNicholas.

It was 0-12 to 0-5 but Reidy frees and a fine Brian Ryan point moved Limerick out to a 10-point advantage for the first time before McNicholas (free) ended the first half scoring.

In the second half, Westmeath dominated the first 10-minutes with Darragh Clinton and McNicholas leading their scoring.

And, Limerick were now down to 14-men with a straight red card for Darragh O'Donovan.

Brian Ryan and Flanagan points came in response to move the lead back to six points.

But Westmeath refused to throw in the towel and two Josh Coll points had them just four points in arrears with 10-minutes to play. They had now out-scored Limerick 0-10 to 0-5 in the half to date.

Darren O'Connell and a second for Barry Nash steadied Limerick and it was 0-22 to 0-17 with five minutes remaining.

Any tension was eased two minutes from the end when David Dempsey goaled for Limerick.