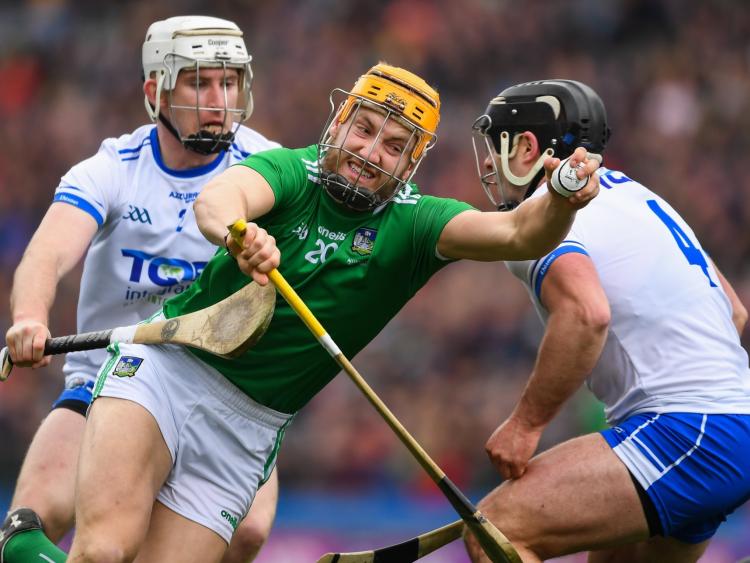 LIMERICK and Waterford meet in a repeat of the 2019 Allianz Hurling League final this Saturday evening.

In Croke Park last March there was silverware on offer – this Saturday (7pm) in the LIT Gaelic Grounds, a semi final spot is on offer.

Storm Dennis forced the postponement of this fixture three weeks ago and while that original fixture was set for live television coverage, there won’t be any live TV this time round.

Tickets purchased for that postponed game on Saturday February 15 are valid for this Saturday's refixed game.

Tickets for the top of the table clash are now on sale in Centra and SuperValu stores or online - purchases before Friday night avail of 25% discount.

A win or draw for John Kiely’s men will see Limerick finish unbeaten at the top of the table and move directly into a March 21-22 Allianz Hurling League semi final.

Defeat for the men in green and white would mean Waterford move top of the table and force Limerick into a March 14-15 quarter final against Brian Cody’s Kilkenny.

Limerick bring a seven game unbeaten run into Saturday’s tie with Waterford – a game that comes 10-weeks before the sides meet back in the LIT Gaelic Grounds in the Munster SHC.

Limerick have experimented throughout the league as they bid to retain the title for the first time since 1984-’85. To date Limerick have used 28 different players in four Allianz League games and changes are again expected to the starting line-up for Saturday evening’s tie.

Cian Lynch, William O’Donoghue and Sean Finn all picked up slight knocks in recent weeks but should be available for selection for the top of the table clash. The suspended Darragh O’Donovan will be absent after a red card against Westmeath.

While the injured Richie English and Shane Dowling won’t feature in the league, Peter Casey, Adrian Breen and Pat Ryan are among those battling back to full fitness after injuries.