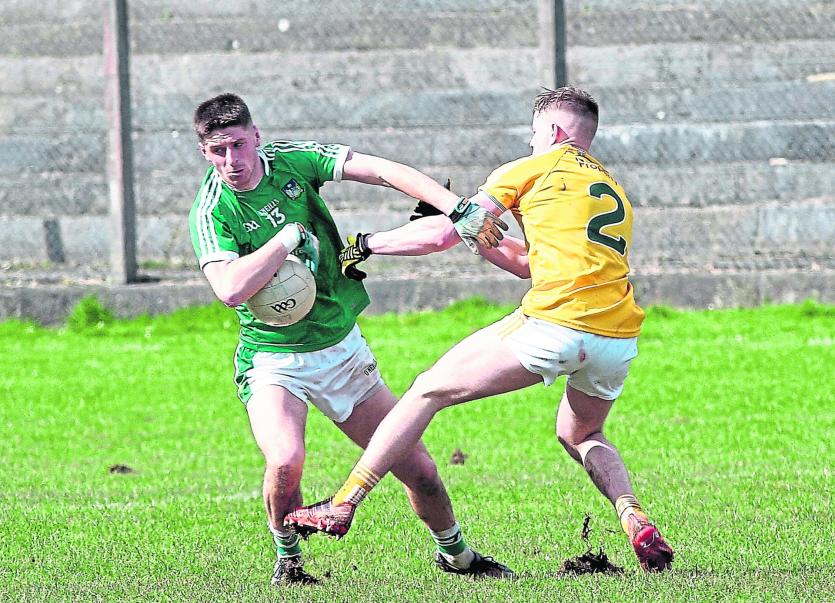 LIMERICK are in Antrim this Sunday for round five of the Allianz Football League safe in the knowledge that victory would see them within touching distance of promotion.

With three games remaining in Division Four, Billy Lee’s Limerick are in the driving seat ahead of Sunday’s (2pm) tie in O'Cathain Park in Portglenone.

With three games taking place on Saturday evening, Limerick’s permutations will be a lot clearer by throw-on in Antrim but what is certain that two wins from games against Antrim, Sligo and Wexford will end a four year stay in the basement division.

"It's about us, not about other results. I only worry about what we're doing, not about what the other teams are doing. It still only eight points. Eight points won't get you qualified. Now it's all about the game against Antrim," stressed Limerick manager Billy Lee.

Of course a top two finish would guarantee a Croke Park league final on Saturday March 28.

This weekend is the first time since 2002 that Limerick have been in Antrim for a league tie. Indeed the sides have avoided eachother in the Allianz Football League for much of the last two decades until the last two years – Antrim winning in both 2018 and 2019 in Limerick.

The sides did meet in All-Ireland SFC Qualifiers in 2014 and ‘16 with two Limerick wins.

The last Limerick visit to Antrim in the league was a 2002 win in Casement Park when current manager Lee was a selector under Liam Kearns.

With Sean O’Dea, Peter Nash and Colm McSweeney closer to full fitness, Limerick will travel north full of confidence with four successive league wins amassed with 7-35 scored and just 1-40 conceded. But Antrim too are chasing promotion with two wins, a draw and one loss their record to-date.