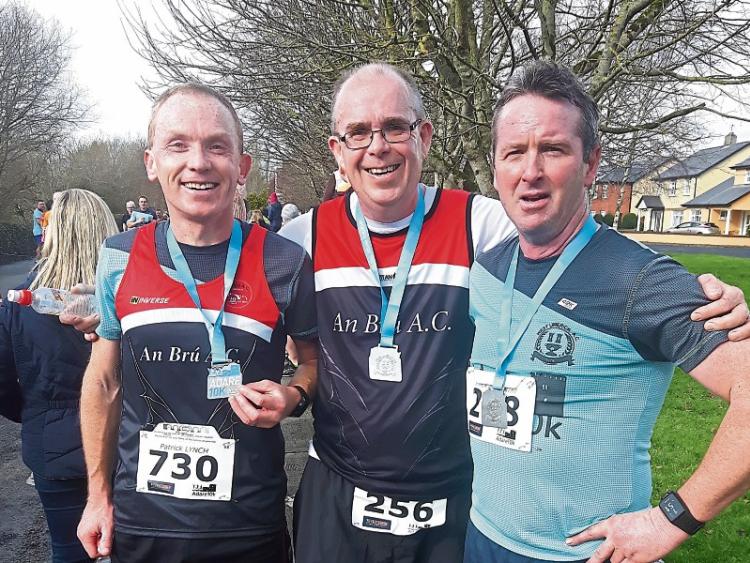 A window of near perfect conditions greeted the 26th edition of the West Limerick hosted Adare 10K. More than 700 athletes from Limerick and around the country battled this immensely popular but challenging course. Well done to all involved on another successful staging.

There were many excellent performances by Limerick athletes in Nenagh as the Indoor Season nears it’s conclusion. The top 4 in each event qualify for the National Finals in Athlone. Phil Roche was also named Munster official of the year for 2019.

At U14 Dooneen’s Orla O’Shaughnessy continued her great form taking Gold in the Long Jump (4.78) with Aoife Grimes (Limerick A.C) 2nd. Orla was 3rd in the 60mh and 4th in the High Jump. Vivian Amazee (Dooneen) was 2nd in the 60mh.

In the boys competition Ian O’Brien (Dooneen) won his heat and semi-final before taking Bronze in a quick final. At U14 Limerick AC’s Stuart Tobin won the 60mh (9.31) with Malachy McKenna (Emerald) 3rd. Stuart was also 4th in the 60m Sprint. Marc O’Brien (Dooneen) took Bronze in the 60m. Robert Joy O’Regan was 3rd in the High Jump.