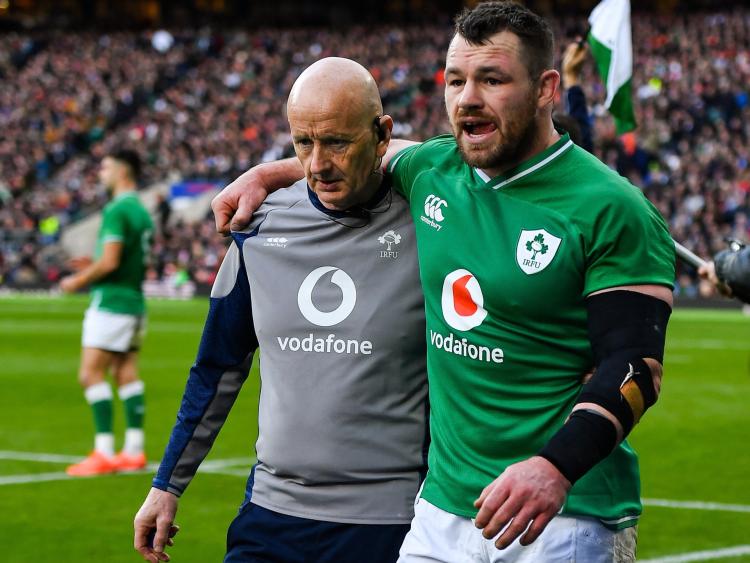 The Ireland squad returned to Dublin yesterday afternoon and will reassemble on Wednesday evening for a two day camp in Dublin. Cian Healy has been ruled out of the remainder of the 2020 Guinness Six Nations Championship with the hip injury he sustained against England.

Players released back to their provinces to participate in Guinness PRO14 action this coming weekend include Will Connors, Max Deegan, Chris Farrell, David Kearney, Luke McGrath and Jack O’Donoghue.

Billy Burns, Stuart McCloskey, Jack McGrath and Tom O’Toole will attend the Ireland camp in Dublin following the postponement of Ulster’s fixture against Benetton. Iain Henderson will re-join the squad having missed the trip to England.

28 players will participate in that camp which will feature an open training session against the Ireland U20s on Friday 28th February at Energia Park. Tickets for the open session are available on ticketmaster.ie.

Will Addison will continue his rehab in Ulster this week.