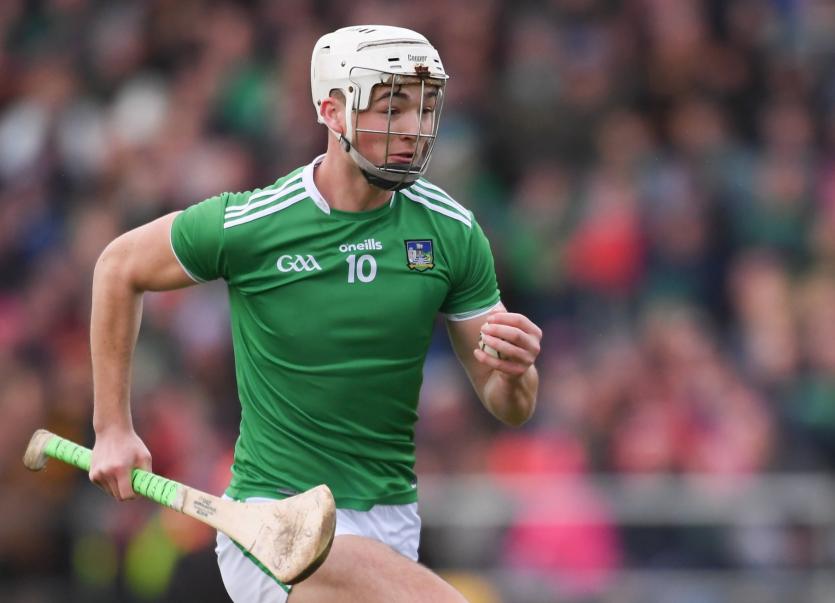 Kyle Hayes set for his first start of the 2020 season

LIMERICK have again opted to makes changes to their team for Sunday's Allianz Hurling League tie away to Cork.

Hayes will become the 33rd Limerick player to feature this season.

It's a Limerick team that shows four changes from the side that was named to start against Waterford in the Storm Dennis postponed game last weekend. And, there are six changes from the team that took the field against Galway in the last outing - three weeks ago.

With Morrissey brothers Dan and Tom, Graeme Mulcahy and Barry Nash among those listed in the substitutions, Darragh O'Donovan is in line to be the only player to have started all seven games this season between the Munster, and Allianz League campaigns.

Back on January 11, Limerick were 1-32 to 0-20 winners over Cork in the final of the Co-Op Superstores Munster Hurling League and just six of that team again start - Aaron Costello; Diarmaid Byrnes, Cian Lynch, Darragh O’Donovan, David Dempsey and Aaron Gillane.

Among the 11 subs are Josh Considine, Brian O’Grady and Mark Quinlan, who are all yet to make their Allianz League debuts.